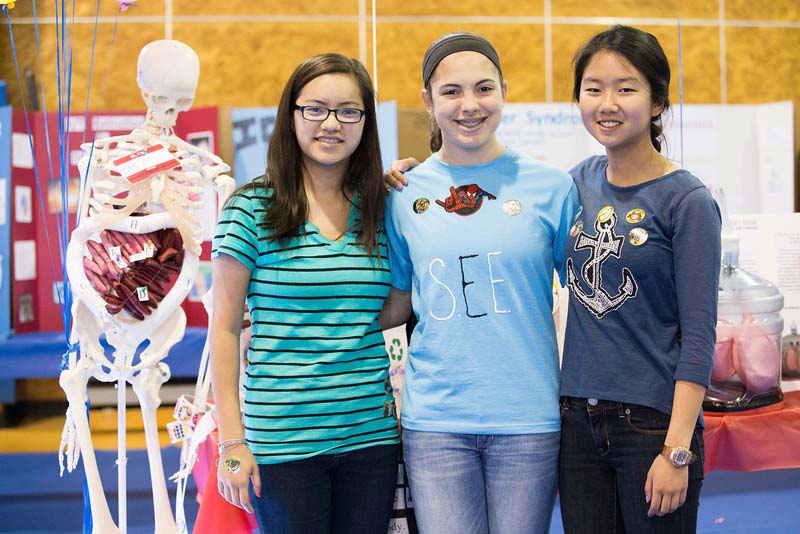 Highlights include electrically wired models built by the fifth grade, a volcano exhibit hosted by the sixth grade, and an explanation by the ninth grade of the pros and cons of bringing back the woolly mammoth. Upper School students will show younger students the chemistry of cooking, Arduino-controlled miniature displays, and novel designs of urban spaces based on the Knights Foundation Cities Challenge.