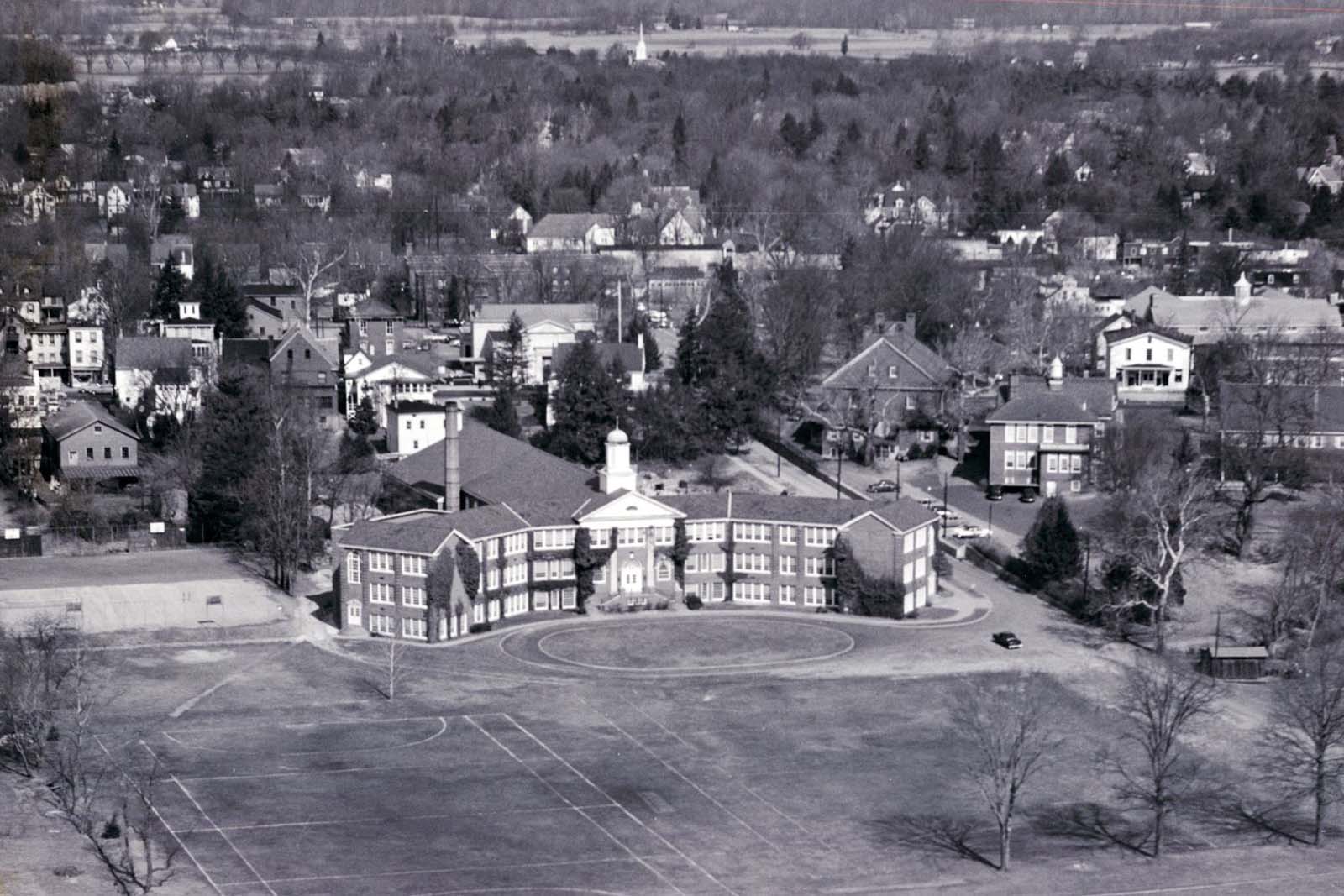 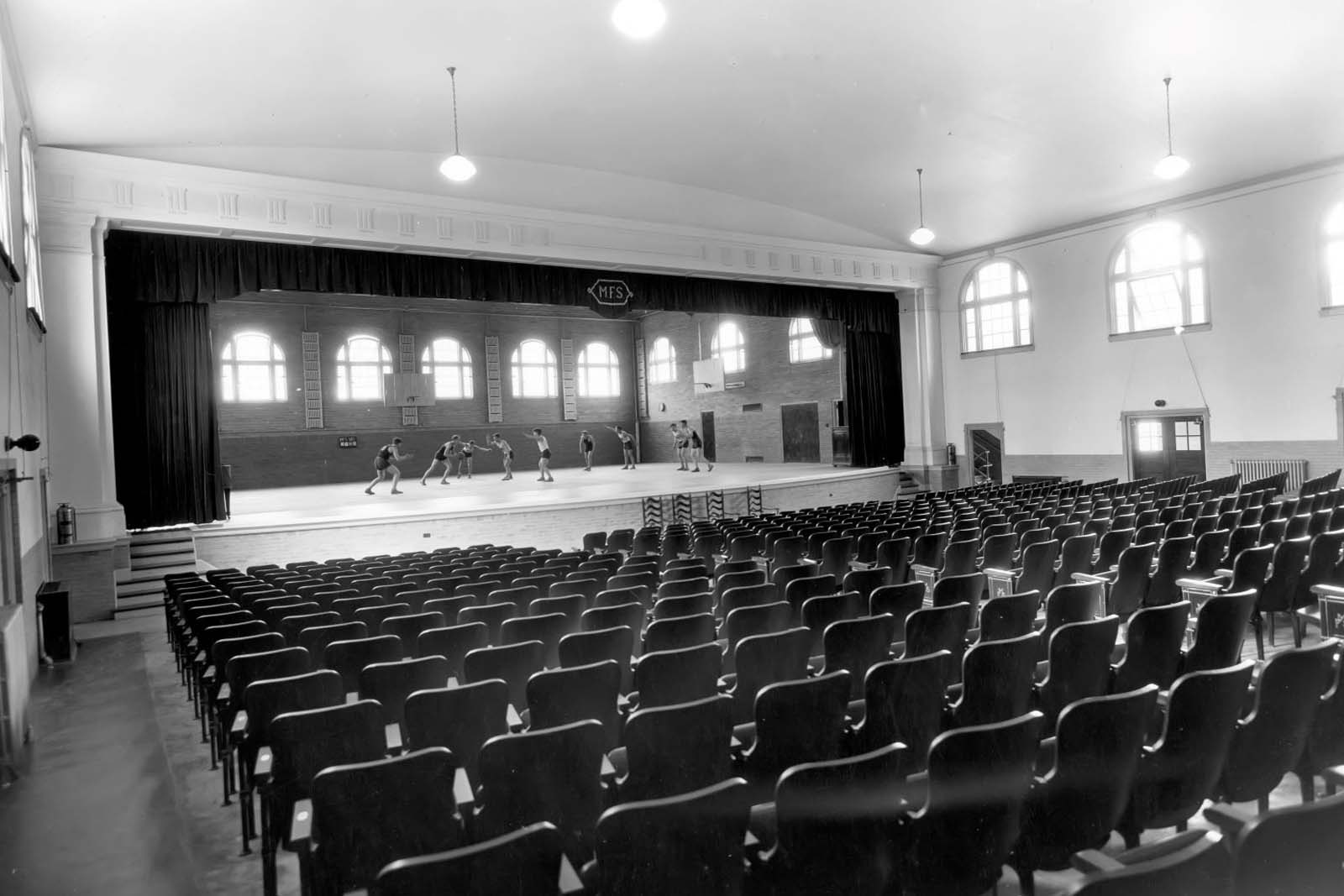 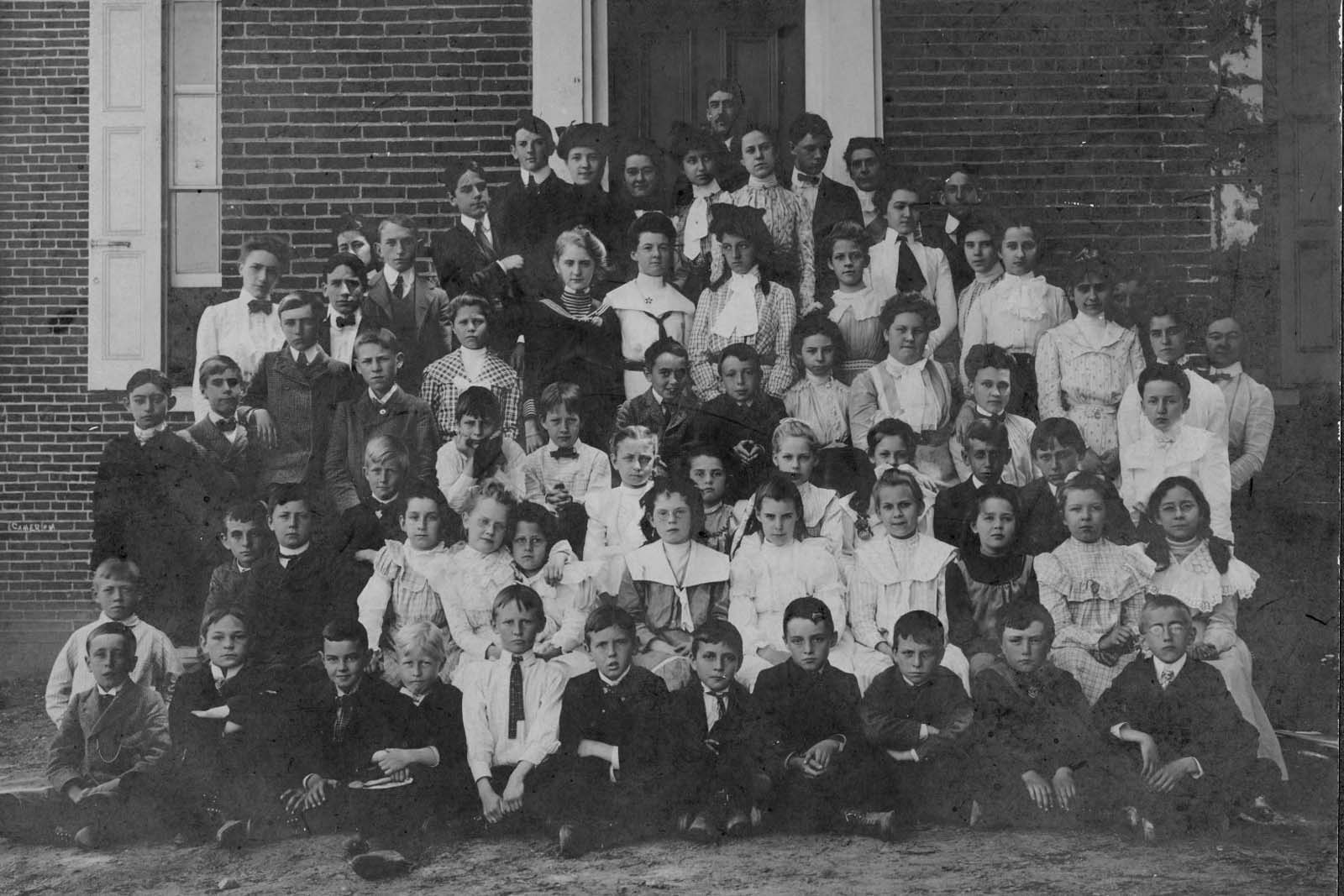 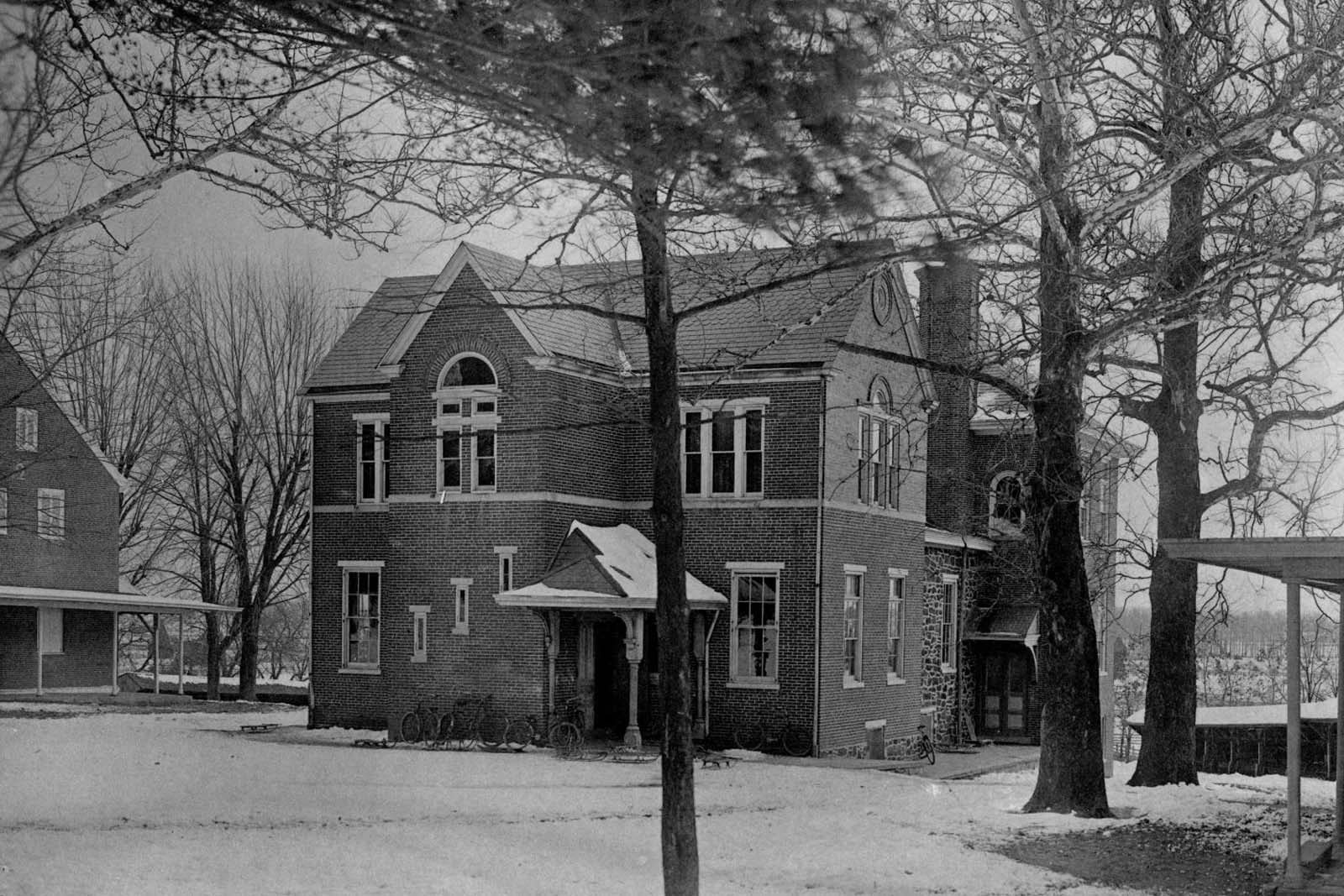 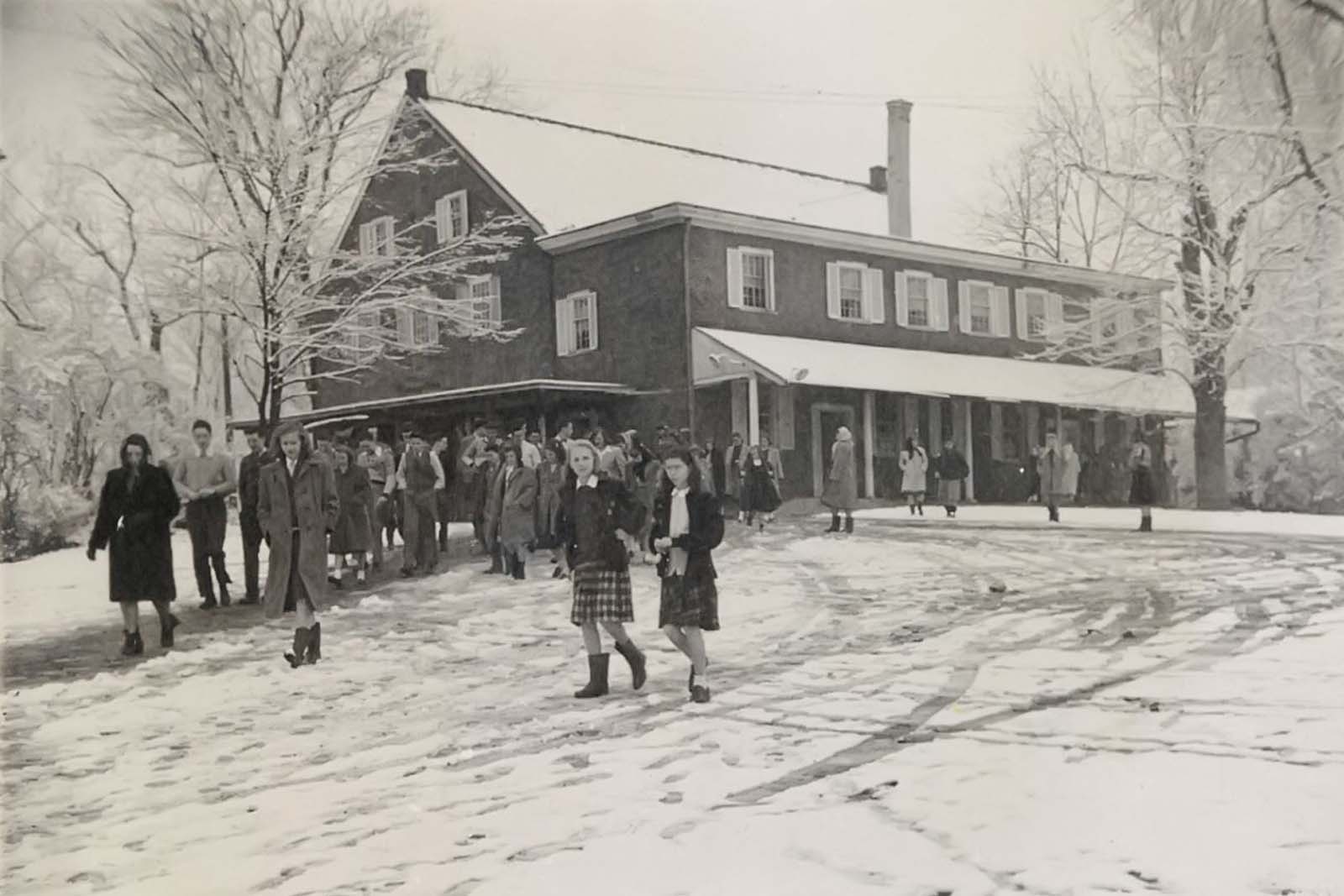 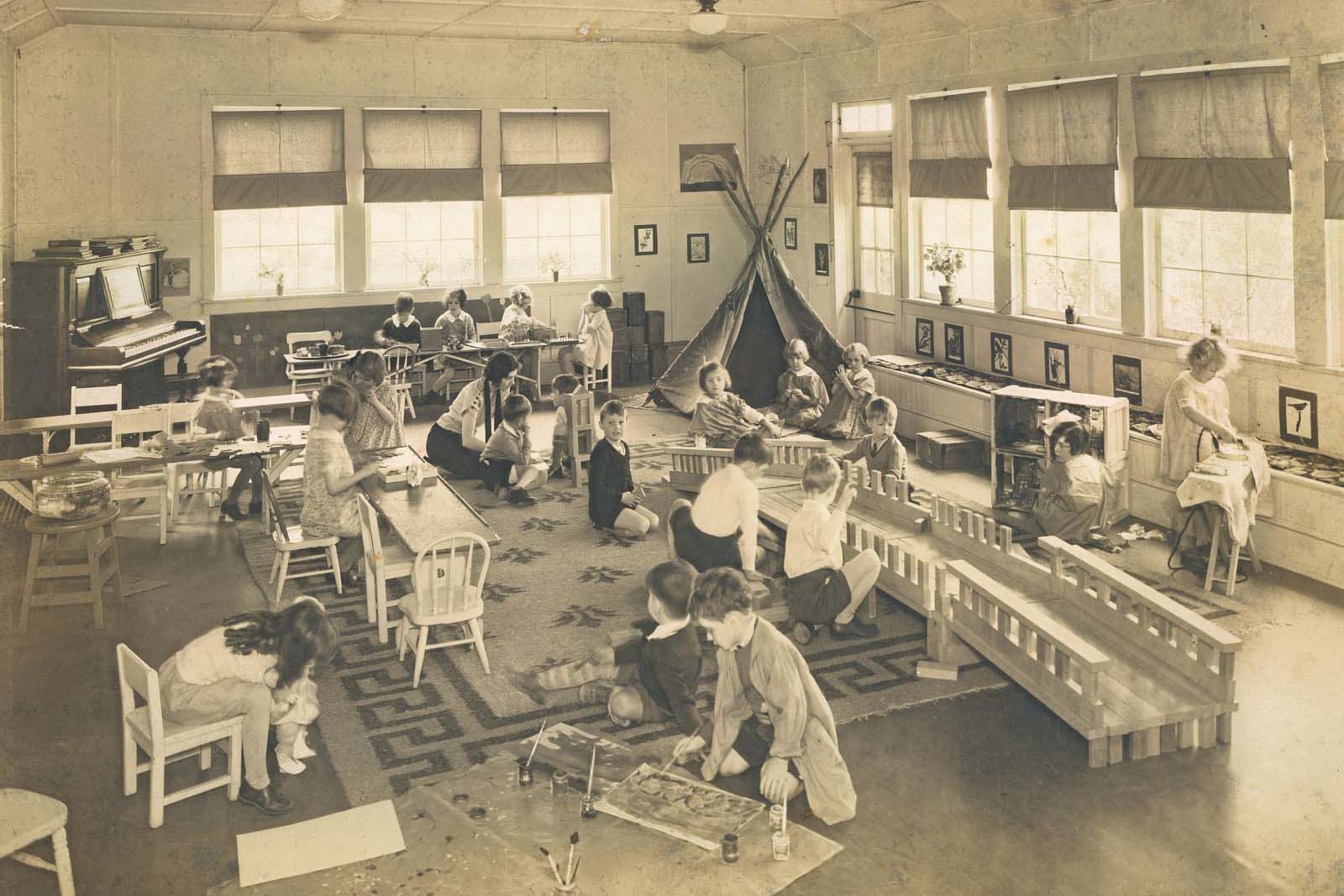 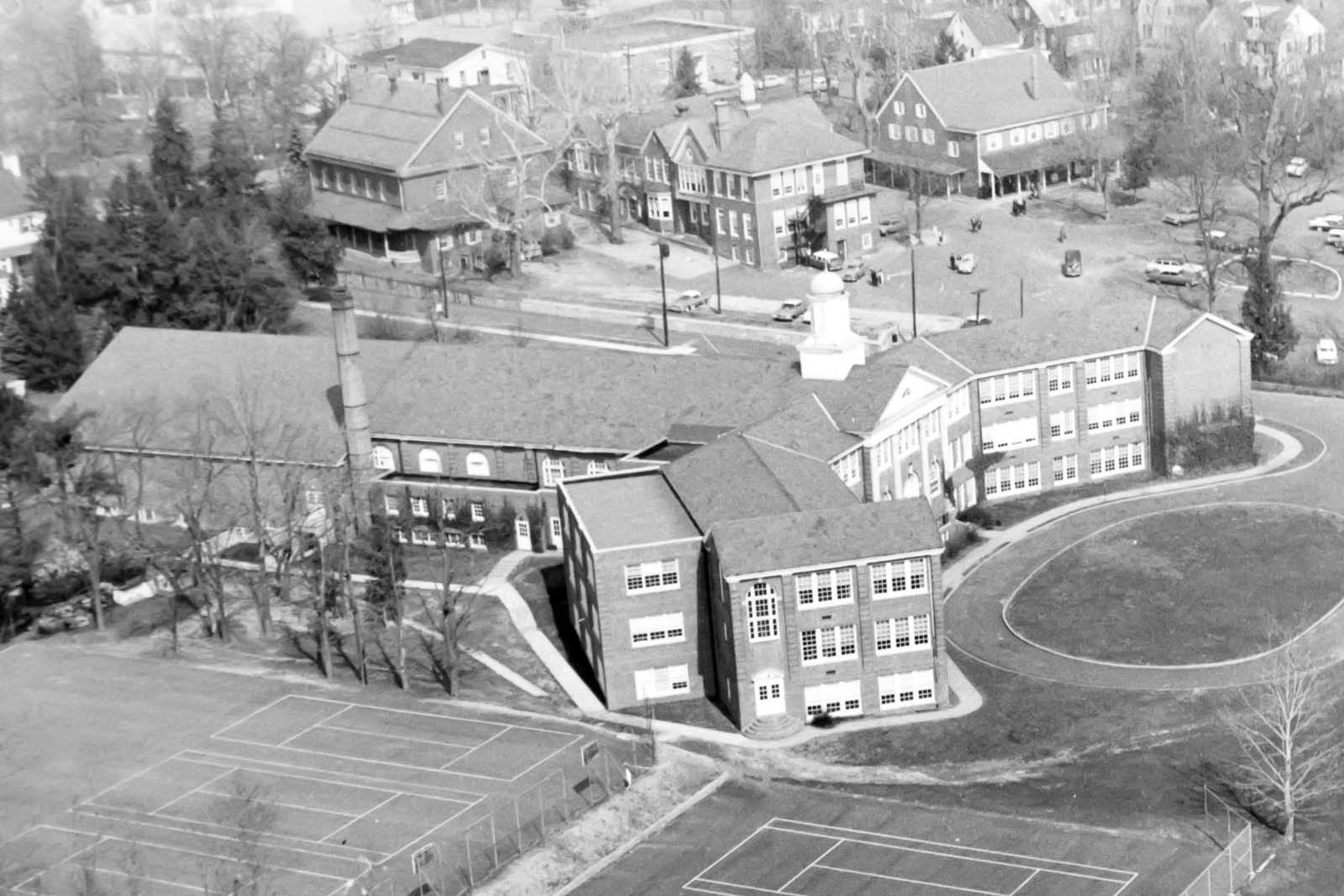 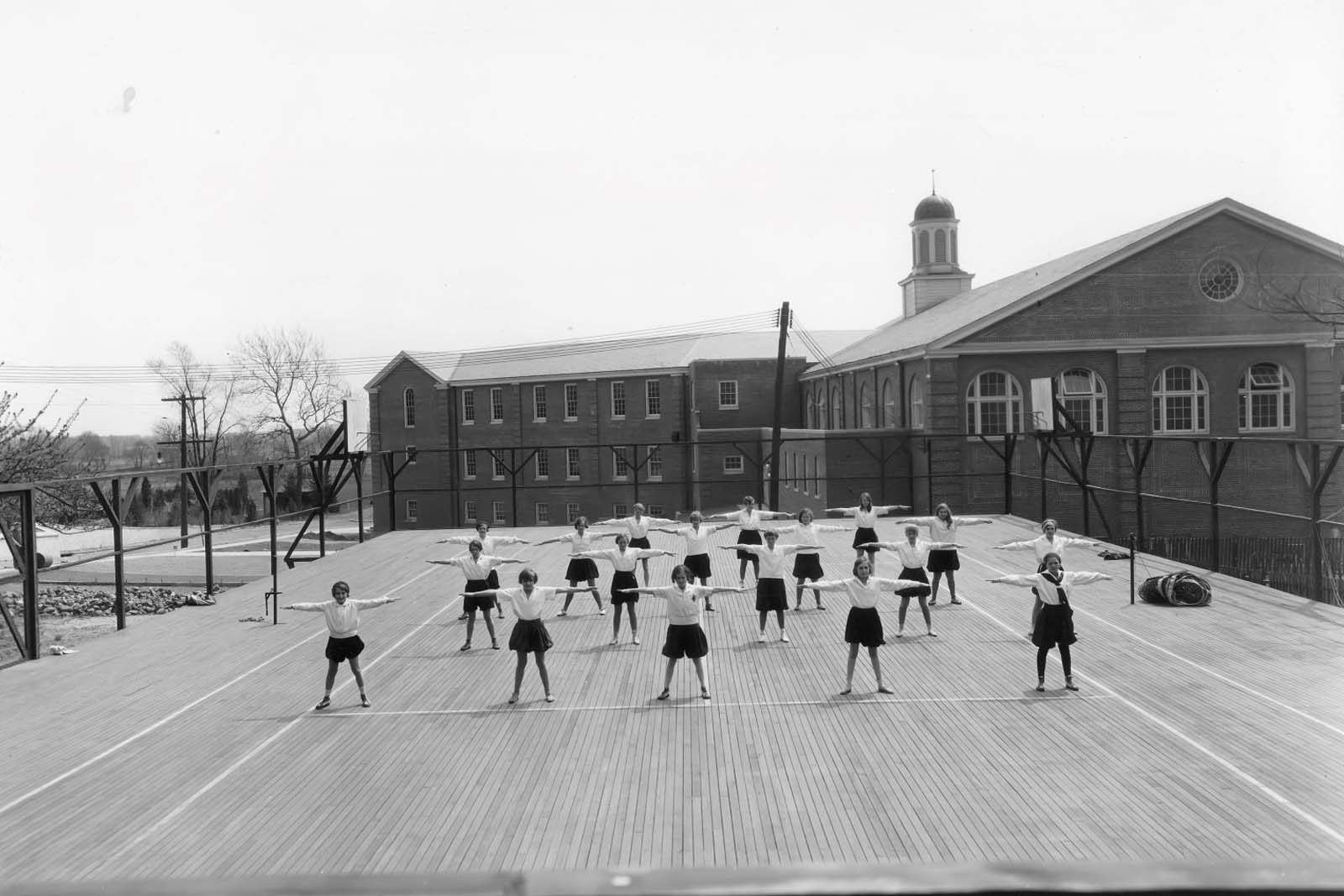 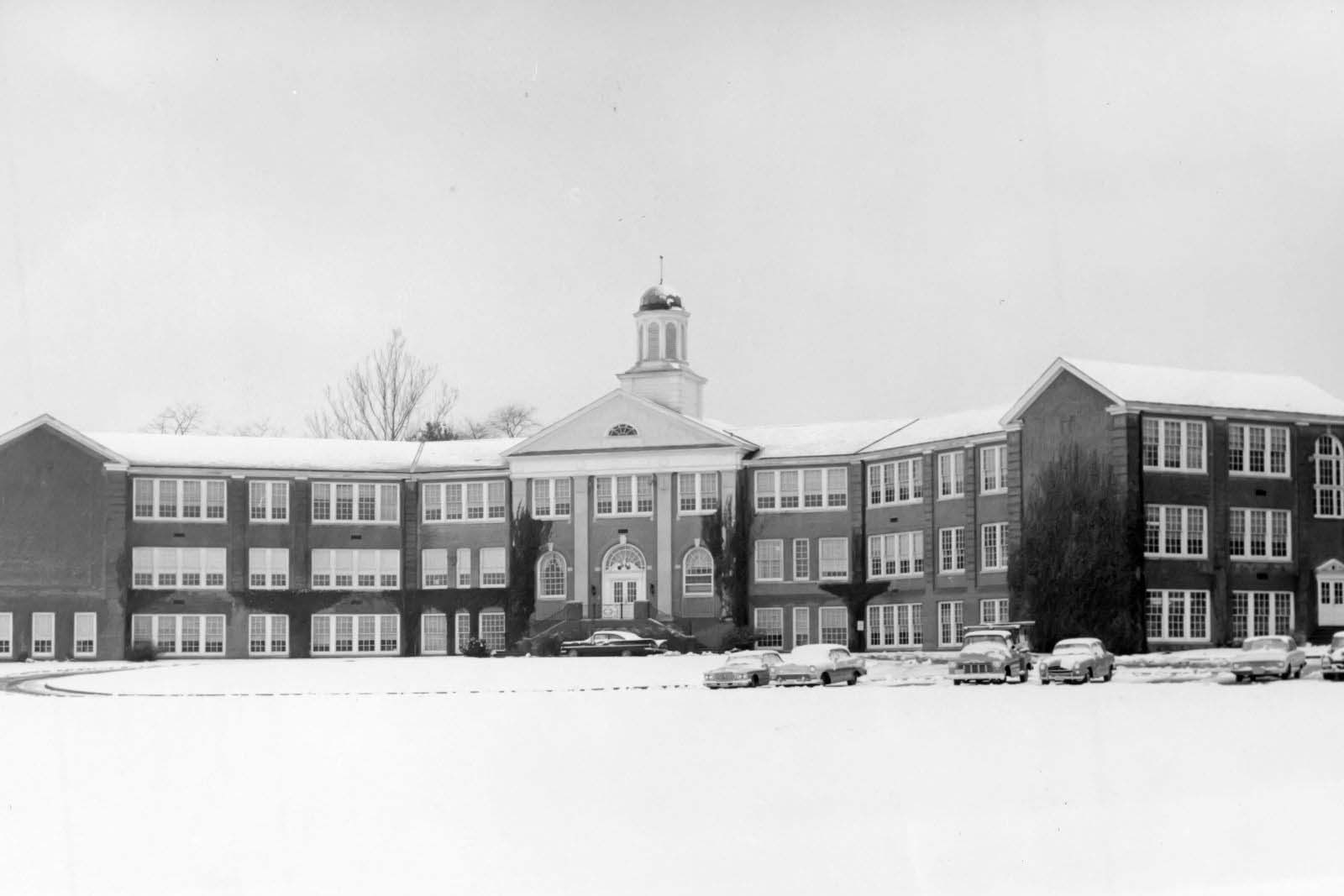 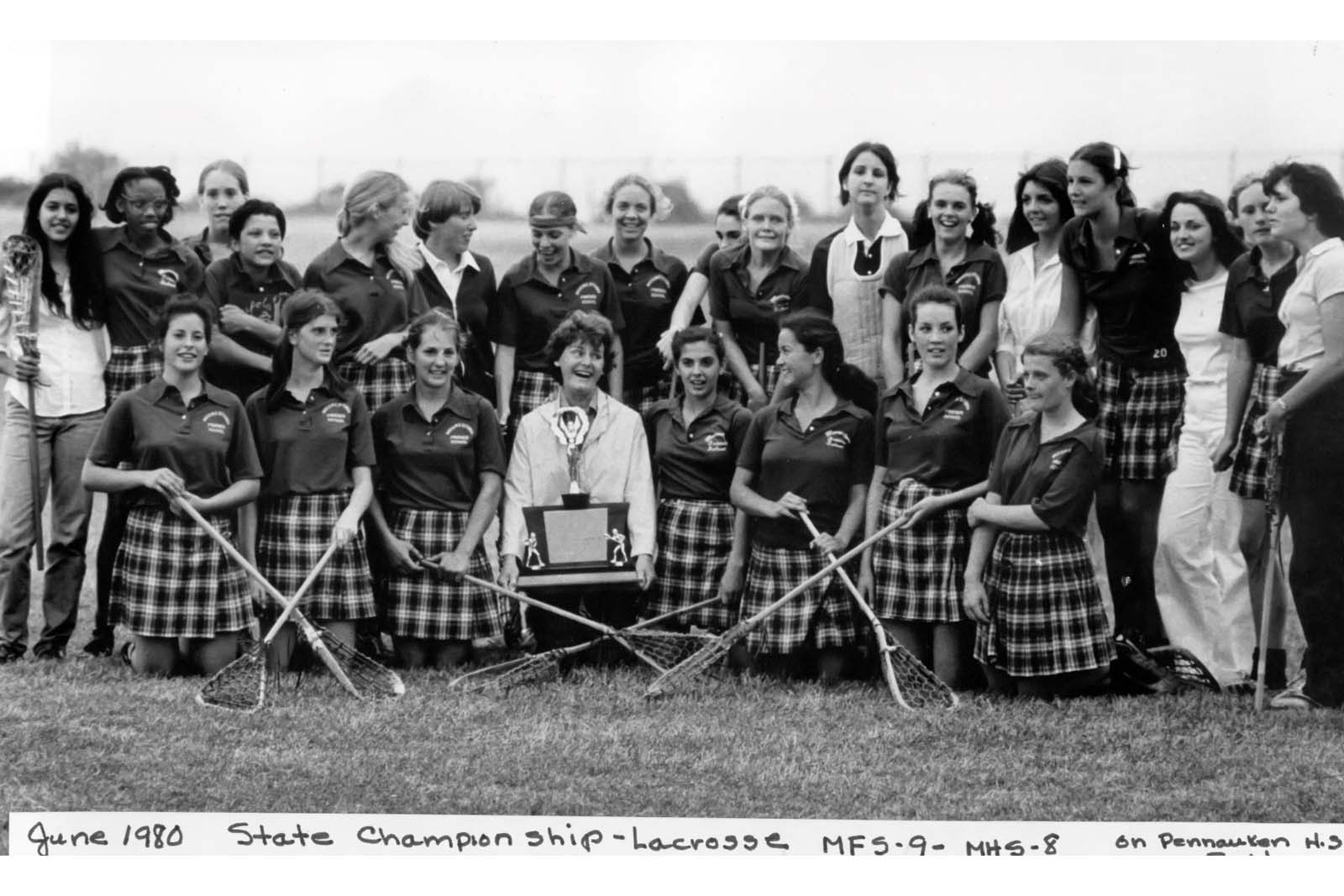 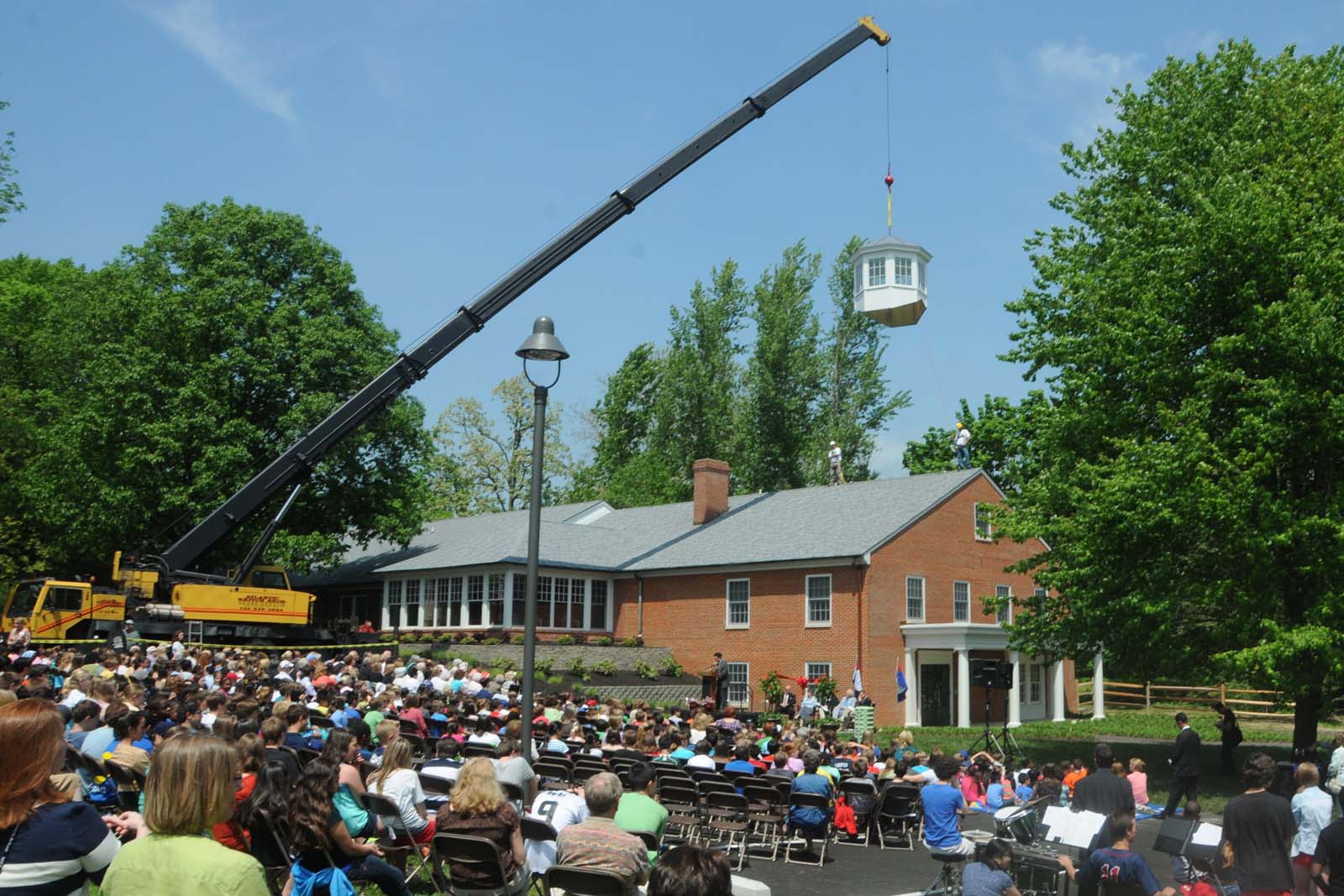 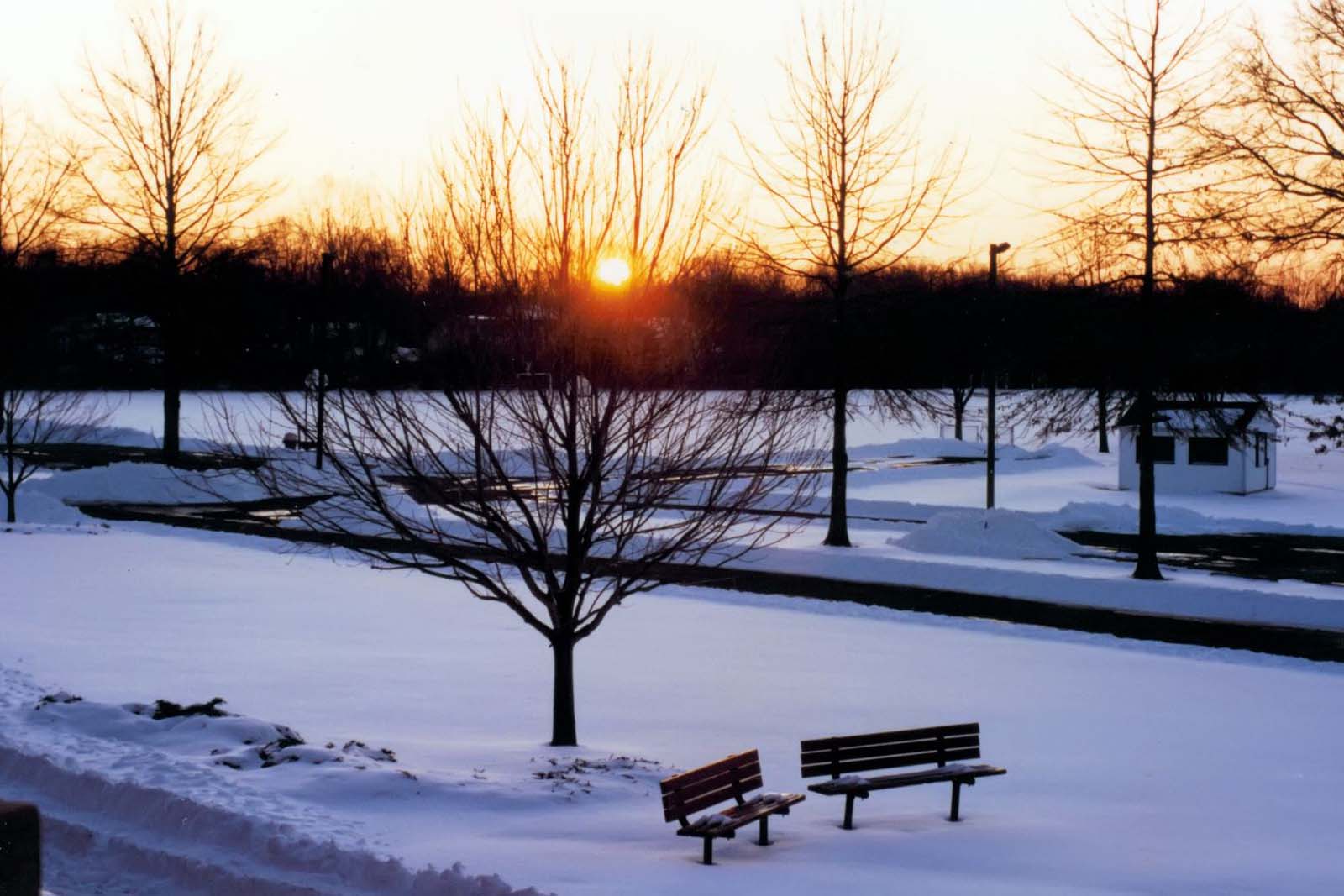 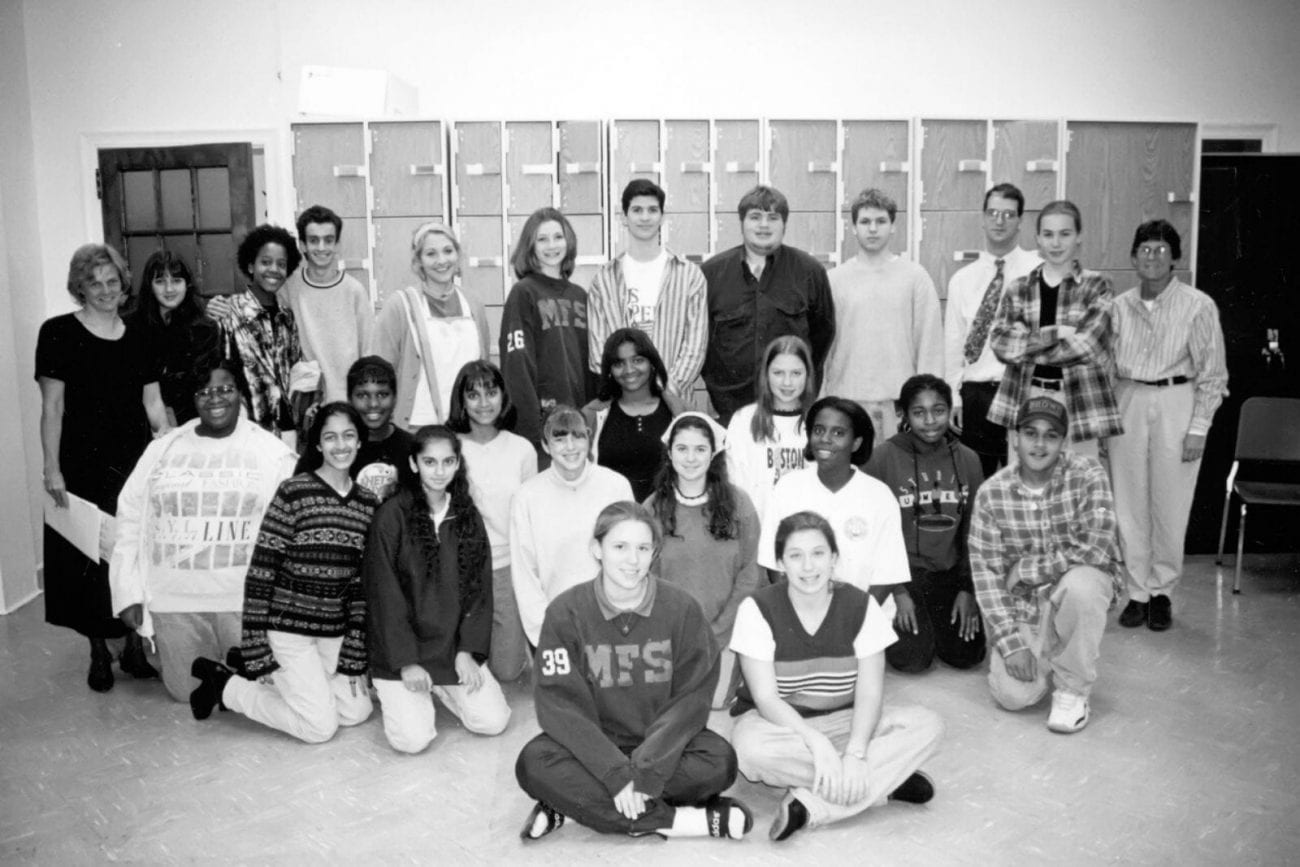 In the early 1780s, thirty-three Quaker families pooled funds to purchase a lot from Ephraim Haines with the intention of building a Friends school. In 1785, they built a one-room stone schoolhouse on this land located west of the present Moorestown Friends Meeting House, on what is now part of the site of Moorestown Friends School. That same year, members of the Religious Society of Friends (also known as Quakers) erected a little brick schoolhouse at a point where Kings Highway passes over Route 73, in present day Maple Shade.

These two Quaker schools were opened 25 years before a district school was established in 1810 and 88 years before the opening of the first free Moorestown public school in 1873. Although attendance fluctuated, in 1811, there were 100 pupils at the Friends stone school.

The first kindergarten class to be established in Moorestown was at the Hicksite school in 1883.

In 1920, the two schools were consolidated under the name Moorestown Friends School at the current location, at East Main Street and Chester Avenue.

The kindergarten building — now known as the White Building — was constructed in 1927. A new high school was built in 1929 and enlarged in 1958 to create a new gym and additional classrooms. In 1965, the present Lower School was built. Stokes Hall, a three-story addition linking the Upper and Lower School buildings, was completed in 1987-88, and houses the Diller Memorial Library, science facilities, computer laboratories and administrative offices. A Dining Hall/Commons, where students eat lunch and where the school community gathers for special events, was built in 1997. The new Field House and renovated Art Center were opened in September 2002. The Woodward Henry Diller Memorial Library in Stokes Hall was completely renovated in the summer of 2003.

In 2008, the school purchased the former Greenleaf Retirement facility on Main Street, a property contiguous to the current MFS campus near the Field House and Tennis Courts. The property includes: Van Meter Hall, which looks out on Main Street, and Hartman Hall, formerly the Greenleaf South Annex, now a two-story classroom building.

The Quaker-run Greenleaf community served as a boarding home for elderly and retired Friends since 1896. One special connection that Moorestown Friends and the Greenleaf shared is that Moorestown Friends School 1901 graduate Alice Paul (1885-1977), famed leader of the women’s suffrage movement, who helped secure the passage of the 19th Amendment guaranteeing women the right to vote, spent her final years at the Greenleaf.

In 2011-12, renovations took place on the Greenleaf South Annex to transform the former boarding facility into a new classroom building. On May 4, 2012, the building was officially opened and dedicated as Hartman Hall after beloved MFS math teacher Neil Hartman, who taught at MFS for 33 years. Hartman Hall contains eight math classrooms, a choral music suite, a choral sectionals rehearsal room, a conference room, tech lab, commons area and additional locker space for students. The building is air-conditioned, utilizing a geothermal-based system. McShap Path leads to Hartman Hall from the Mecray Courtyard, located outside the Field House.

In 2018, the Greenleaf Building which faces Main Street was renamed Van Meter Hall in honor of retiring Head of School Larry Van Meter ’68. It is home to the school’s broadcast studio and Development Office. 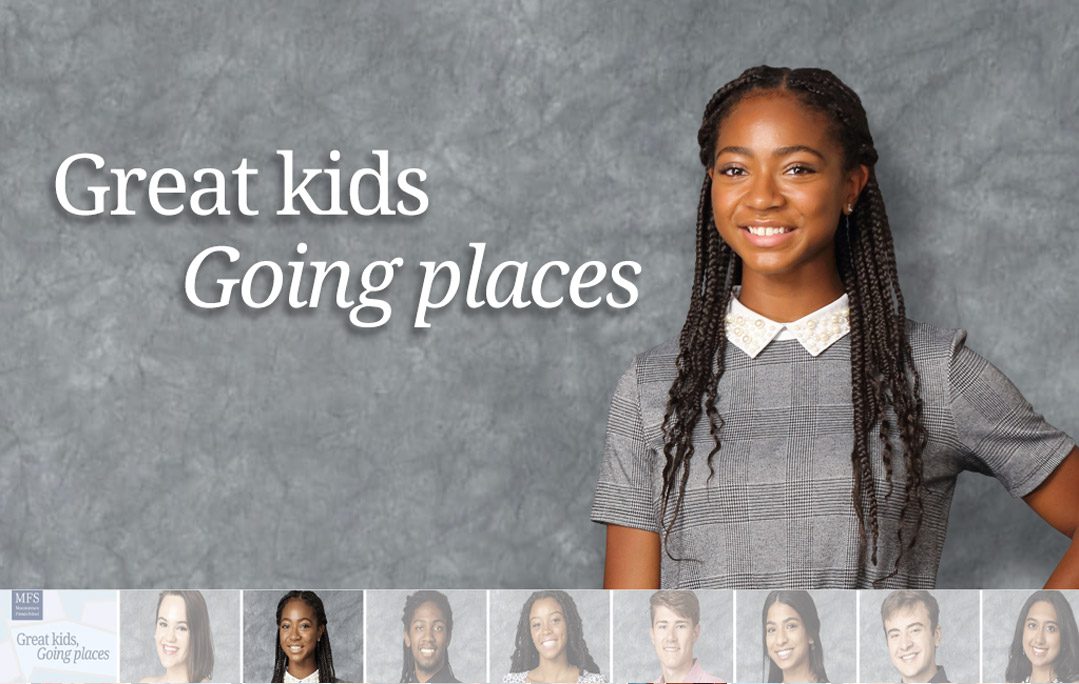