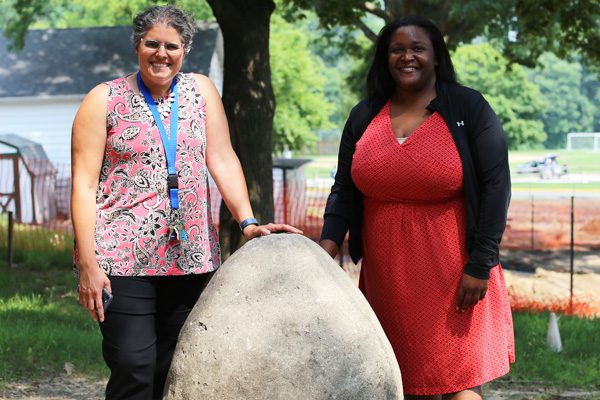 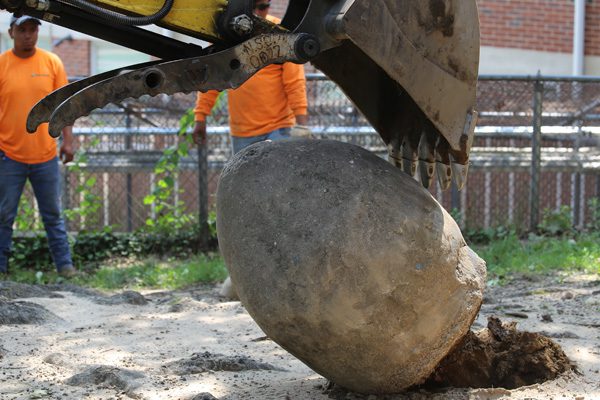 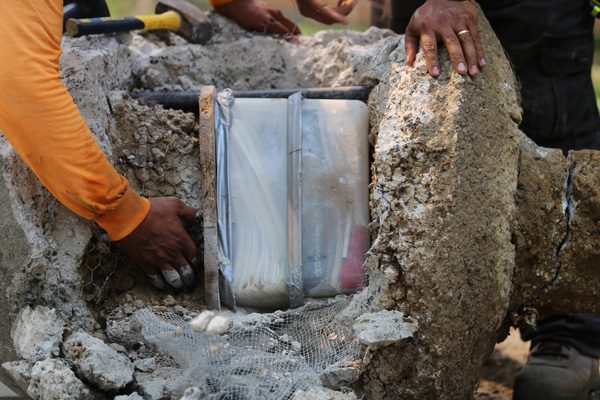 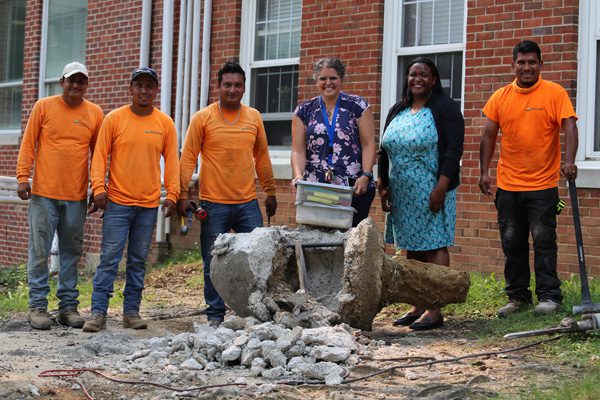 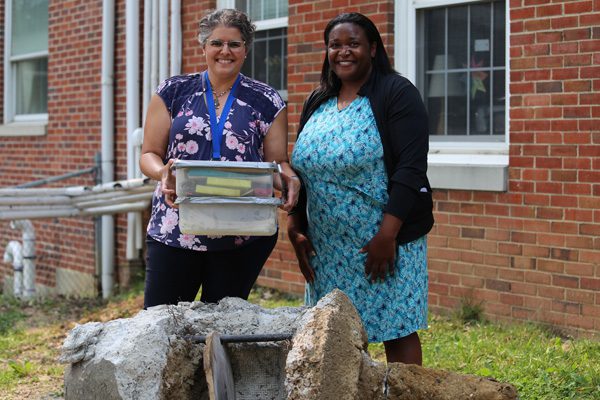 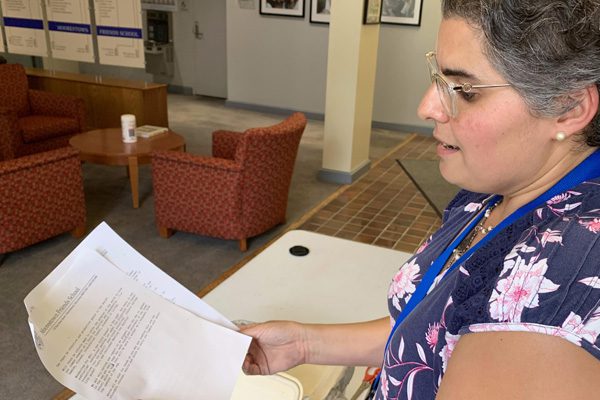 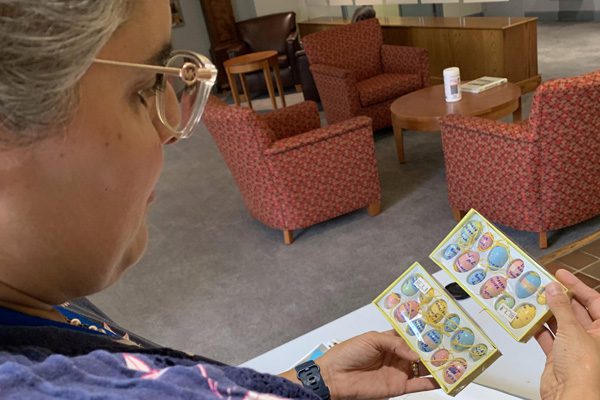 “Today is Saturday, May 29, 1993. A gathering of Lower School faculty is preparing to create a concrete egg-shaped sculpture under the careful tutelage of Emma Richter, former art teacher in the Lower School and currently teacher’s aide in the Prekindergarten program, and her husband Marty Richter, master Woodworker and currently woodshop teacher in the Upper School…”

As construction of the new Lower School playscape progressed this summer, the decision was made to open the time capsule encased in the concrete egg overlooking the playground to enable workers to continue the project.

Excitement had built this week as construction crews dislodged the egg (using a mini-front end loader) to prepare to break through the concrete to open the capsule.

After more than an hour of work on July 19 and 20 via jackhammer and other tools, construction staff were able to dislodge the capsule which housed two plastic containers of materials remarkably well-preserved. Inside was a wonderful mix of correspondence and miscellaneous artifacts highlighted by tiny decorative eggs – all inscribed with names of then-Lower School faculty members.

You can read here the complete time capsule cover note describing this “gift from Lower School faculty to the Lower School students as a way of commemorating and bringing to closure the wonderful year in which we have been celebrating the designation of the Lower School as a Blue Ribbon School by the United States Department of Education.”

Head of School Julia de la Torre and Lower School Director Jenel Giles had cursory knowledge that the capsule was placed in 1993 to commemorate the Blue Ribbon School designation. It was known that former Lower School Director Larue Evans had compiled materials for the capsule and enlisted the help of former Woodworking Teacher Konrad “Marty” Richter and his wife and former Lower School faculty member Emma Richter to help organize the compilation of materials from faculty members, and encase and place the egg-shaped sculpture with the capsule inside. The enclosed cover note explains that the egg was created “under the careful tutelage” of Emma and Marty.

As Julia de la Torre read the cover note aloud, it became clear that the capsule was intended to be opened in 2007 to link with the Upper School graduation of three-year-old students at the school in 1993.

“I am so thankful to those in the community who thought to do this 28 years ago,” said Ms. de la Torre. “We were sent back in time to the early ’90s and it was apparent from some of the color schemes and design elements in the materials that tastes and styles were different in 1993 – and I can attest to that. However, what wasn’t different as you read through the documents and saw examples of student work was the dedication of the Lower School faculty and commitment to Quaker values, which has been the foundation of our school for more than two centuries.”

The capsule cover note posed such questions as “Will fiber optics change the world as drastically as we think?” “Will there be a woman President or Vice President?” “Can there be effective and productive peace in the world?” and many more. The note also wondered about future alterations to the MFS campus such as a parking lot under the playground with tunnel connections into the school, a new field house or gym, new seats in the auditorium, and more.

Among other documents included was a February 1993 letter to parents and guardians about the process to receive the Blue Ribbon designation, which featured detailed summaries of some of the great things that were occurring in classrooms at the time. In addition to the personalized eggs, some items included in the capsule were:

Plans are underway to store a new time capsule to commemorate the unique nature of this current moment in our global history somewhere on the MFS campus. The new capsule will allow future generations of MFS students, staff, and families to learn from and appreciate the words, images, and artifacts that capture life in 2021.