Alumni Weekend 2020 has been postponed from May 1-2 to a weekend to be determined in the fall. Alumni Weekend 2020 will feature reunions for the classes ending in 0 and 5. Alumni Weekend programs include the Dinner Among Friends, Meeting for Worship, a Luncheon on Saturday, Student Guided Tours, a Reception with Former Faculty and Staff, a Head’s Reception/Alumni Networking Gathering at Van Meter Hall and much more! Contact the Development Office to learn more about Alumni Weekend 2020 plans or to get involved in your class reunion plans.

Friday (rescheduled date to be determined)

6 p.m. Dinner Among Friends, Dining Hall Commons. Meet classmates, applaud the 2020 Alumni Association Award recipients, and honor retiring faculty. See those who will be celebrated below.

Saturday (rescheduled date to be determined)

3 p.m. Reception for Former Faculty and Staff, Stokes Hall Lobby. Hosted by Lynne Brick and Marge Dawson, alumni are invited to visit with their former teachers.

At this gathering for all alumni, enjoy a craft beer tasting featuring Two Roads Brewery, wine, soft drinks and hors d’oeuvres and connect with alumni and classmates. Check out ’0 and ’5 Yearbooks, as well as a history display featuring Alice Stokes Paul. Class Reunion Photos. Activities for kids hosted by MFS Summer Programs. MFS apparel on sale.

2020 Alumni Awards - Come to the Dinner Among Friends to learn more about these people who have contributed so much to the MFS community.

Alice Stokes Paul 1901 Merit Award - S. Merrill Weiss ’65  A member of the Academy of Digital Television Pioneers, Merrill has been a leader for decades in broadcasting and in the creation of standards for digital television. He holds a number of U.S. and international patents in broadcast transmission technology. The author of countless technical papers, several books, as well as chapters in the National Association of Broadcasters Engineering Handbook, Merrill is one of the Fathers of Digital and High Definition TV. 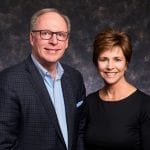 Service Award - Frank Beideman and Mindy Holman - MFS alumni parents of Brad ’12 and Joe ’15 and executives with the Holman Automotive Group, Frank and Mindy have been pace setters in their roles as active parents at Westfield Friends and MFS, as dedicated members of their church, and as top volunteers and philanthropists in support of many area not-for profit organizations, including Urban Promise, MFS, the Community Foundation of South Jersey, and the United Way. They share a deep interest in the young people of Camden and believe strongly in giving to communities where Holman Automotive employees and customers live and work. 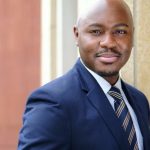 Young Alumni Awards - Cornell Verdeja-Woodson ‘05 - A Teach for America alumnus with degrees from Ithaca College, where he was student body president, and the University of Vermont, Cornell has worked at NYU and Cornell University, where he became the University’s Lead Diversity and Inclusion Officer. He also developed his own firm, Brave Trainings, LLC, which consults with organizations to promote authentic social justice dialogue. He is now the Global Head of Diversity, Equity and Inclusion at Looker, a software company in Santa Cruz, now part of Google Cloud. 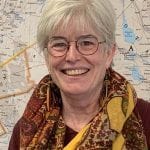 Retirement - Eliza McFeely has taught history for 15 years at MFS, developing curricula for U.S. history that focuses on race and slavery, as well as prominent Quakers including Lucretia Mott and Alice Stokes Paul. Mother of Clara ’10 and Maggie ’13 Fischer, she serves as an advisor to the Gender Equity Forum and Girl Up Club. 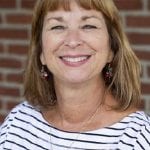 Retirement - Brooke Smith has taught Middle and Upper School math since 1996, and advised the MS robotics team. A seasoned traveler, Brooke has created and led Intensive Learning adventures for students around the world. Mother of Sarah ‘08 and Andrew ’10 Rosenback, she has been a mentor and resource to MFS international students and Camden Scholars.