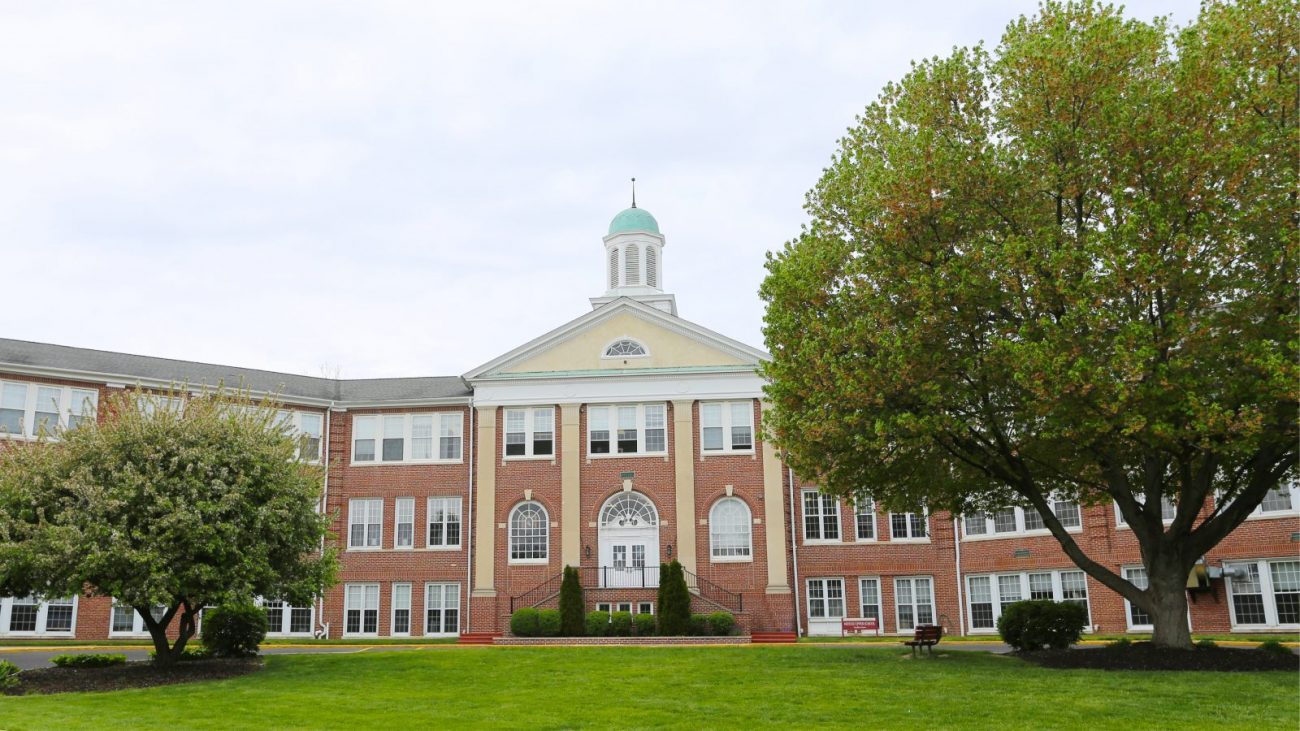 The Upper School community joined together for a night celebrating student achievements throughout the school year on Monday, June 6 at the Final Awards Reception. Read about each of the awards below. Congratulations to all award recipients!

This recognition is granted to those seniors who have been on the year-end honor roll all four years in the Upper School.

The Richie Award is granted each year in honor of a Quaker couple who offered service to their communities, including MFS, in a number of ways. They were Quaker activists who committed their lives to educating young people about social and economic injustice. Their lives were a testament to the belief that work is love made visible. The students who receive this award will have participated in service activities throughout their years at Moorestown Friends, shown leadership through the initiation of projects and the recruitment of other students.

This award recognizes a senior or seniors who through their class work, extra-curricular activities, and/or non-school experiences display an inventive and entrepreneurial spirit.

An annual award for both a male and female senior. In recognition of Dr. Tom Sedlacek’s love and interest in science and athletics, the award recipients must display sportsmanship, skill, and commitment to an individual or team sport at a high level, as well as outstanding ability in the study of sciences at MFS.

Presented to a student who has demonstrated excellence in the study of chemistry during high school.

Presented to a student who has demonstrated excellence in the study of life sciences during high school.

Presented to a student who has demonstrated excellence in the study of physics during high school.

Awarded to a senior who has achieved an outstanding record in chemistry while attending MFS and who wishes to pursue the study of chemistry in college with an emphasis on organic chemistry, and to enter a vocation in which organic chemistry will have a major focus.

Awarded to individual students who show excel in technology studies.

Awarded to individual students who excel in their particular language in and beyond the classroom.

Awarded to athletes who have participated as a player and lettered in nine varsity sports at MFS.

Given to a player for their dedication, excellence, and outstanding participation in Girls’ Lacrosse during the school year.

Awarded to athletes who have been on the honor roll throughout the entire school year and have lettered in two varsity sports as a player in that same year.

Awarder to two seniors who, in the judgment of the department, have maintained the most outstanding performance in English throughout their senior year.

Douglas Searle was a member of the MFS Class of 1966. He passed away during the summer after his sophomore year and his parents, Mr. and Mrs. Robert Searle, established the Douglas Searle Poetry Award at MFS in memory. The award was first given in 1965 and the fund was endowed in 1968 to produce income for an annual poetry award for a sophomore who displays great talent in poetry.

Awarded to the student, or students, who over the course of their career in Moorestown Friends Upper School have maintained a strong, continuing commitment to this study inside and outside of the classroom through their participation in advanced courses, challenging research, and other history and social science based activities.

This award is given to the student with the highest cumulative score on the six league contests throughout the school year.

This award has been presented in honor and memory of Marjorie F. Overholt. Marjorie taught math at MFS for many years before her untimely death in 1990. She was the mother of MFS alumni Kristen ’94, Edward ’89, and Richard ’86. In dedicating this award, the school recognizes her skill as a teacher and her devotion to her students.

Beth Oliviero served on the MFS faculty from 1969 to 1975. She served as both an English teacher and the theatrical producer for student and faculty performances. This award is funded by her son Jamie ’68 and daughter Melanie ’72. The award celebrates a life of learning through the arts and is given to two seniors to recognize their craft and dedication to theater here at Moorestown Friends School.

Awarded to two senior students who have taken at least one year of Art Studio and have received an A- average or above in those three trimesters. The awardees should have exhibited an outstanding sense of discipline, creativity, and growth in artistic skills.

The Instrumental Music Award is given to the senior who has consistently demonstrated a commitment to excellence in instrumental music and has actively sought out musical challenges while at Moorestown Friends School.

The Choral Music Award is given to a senior who has consistently demonstrated a commitment to excellence in vocal music at Moorestown Friends School, and has emerged as a leader amongst their peers in both rehearsal and performance.