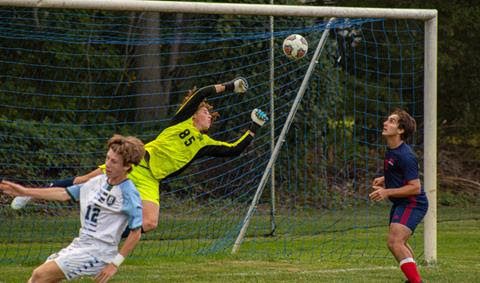 The Boys’ Soccer team has advanced to the NJSIAA Non-Public B South tournament semifinals after yesterday’s 4-1 quarterfinal win at Gloucester Catholic. Yesterday, the 12th-seeded Foxes erupted for four second-half goals in route to victory over the fourth-seeded Rams, led by Preston Galanis ’25 who had two goals and two assists.

On Monday, the Foxes edged fifth-seeded, first-round hosts Holy Cross 1-0 with Galanis tallying with seven minutes remaining in the match off a feed from Jared Kolaris ’25. Goalie Jonah Bierig ’24 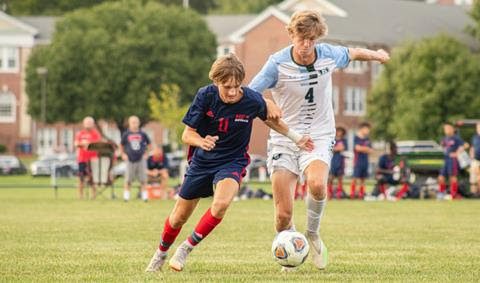 made nine saves, including several in the closing minutes, to earn the shutout.

The team now will face top-seeded St. Rose of Belmar in a semifinal match on Saturday at 2 p.m. at the school’s Fletcher Complex in Wall.