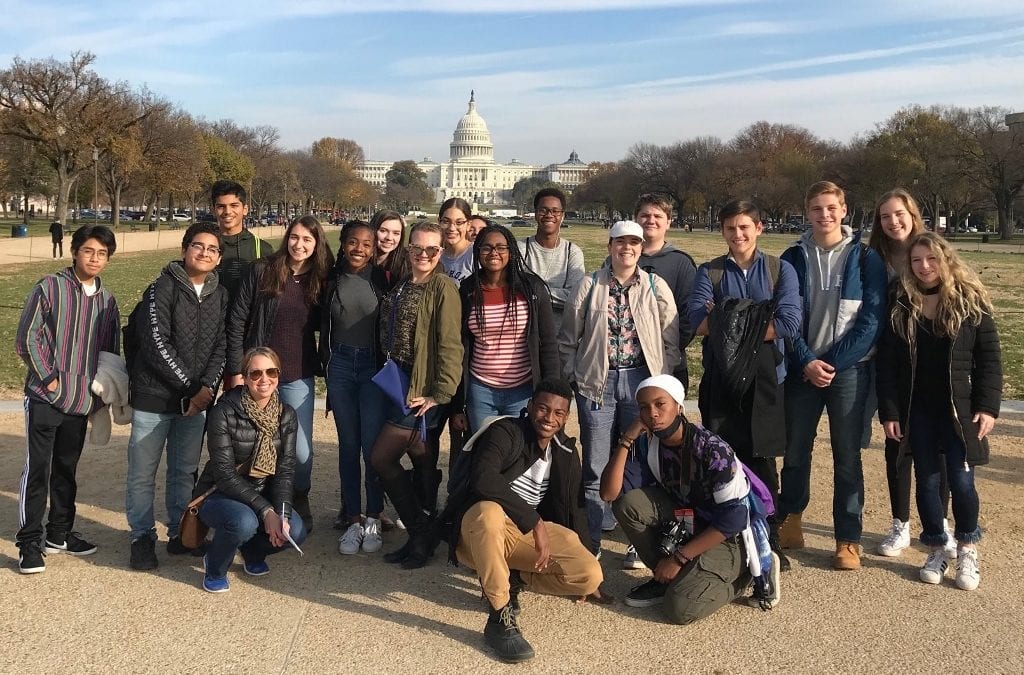 The eleventh grade traveled to Washington, D.C. for its annual field trip on November 19. Visiting Washington D.C. is not only a tradition for the junior class, but also a fundamental piece in the curriculum for all Grade 11 history classes.

The trip is centered around a visit to the United States Holocaust Memorial Museum, which documents the horrific details of the largest genocide in world history. When our group first arrived in the museum, an ID card of a victim or survivor was distributed to each of us. The card told the story of the person: who they were, what they did for fun or for work, and where they lived. It presented their lives as a narrative, rather than a list of facts. This unique aspect of the visit provided a tangible way to visualize the diversity and scale of the people affected by this great tragedy.

All of the museum captured the sober reality of the events that happened inside of the concentration camps. Samantha Bastien ‘20 shares that “the Holocaust Museum was a very moving and deep thing to experience after studying it from ‘afar’ for so long.” An especially affecting part of the museum was the Hall of Remembrance. It is a large circular room where visitors can pay their respects to the victims by lighting candles or by saying prayers in their honor. The visit to the Holocaust Museum was by far the most moving part of the day. It serves as a fundamental aspect in our understanding of the true events that took place in concentration camps and throughout the Nazi Regime.

Later on in the day, students had a chance to visit a museum of their choice. Students traveled in groups to museums such as The Museum of the American Indian, The American History Museum, Museum of the Supreme Court, and the National Art Gallery. This allowed students to have some free time to get lunch and explore the museums on their own.

Griffin Elias ‘20 says that “I loved being able to choose a museum based on my own interest, and enjoyed seeing the Supreme Court Museum because of a recent study of the Supreme Court’s role on building our government.”

I chose to visit the American History Museum, where I explored exhibits such as “Many Voices, One Nation” and “The Advertising War.” I enjoyed the diversity of exhibits offered at this museum because instead of focusing on the “main idea” of major points in American history, the curators chose interesting and unique ways to display through niche lenses. For example, “The Advertising War” displayed the roles of World War I and World War II through advertising, and how these specific wars shaped how ads were made.

The trip to D.C. gave the junior class a unique opportunity to see parts of the Holocaust that are often left out of history, and allowed the students to experience history through an additional lens.