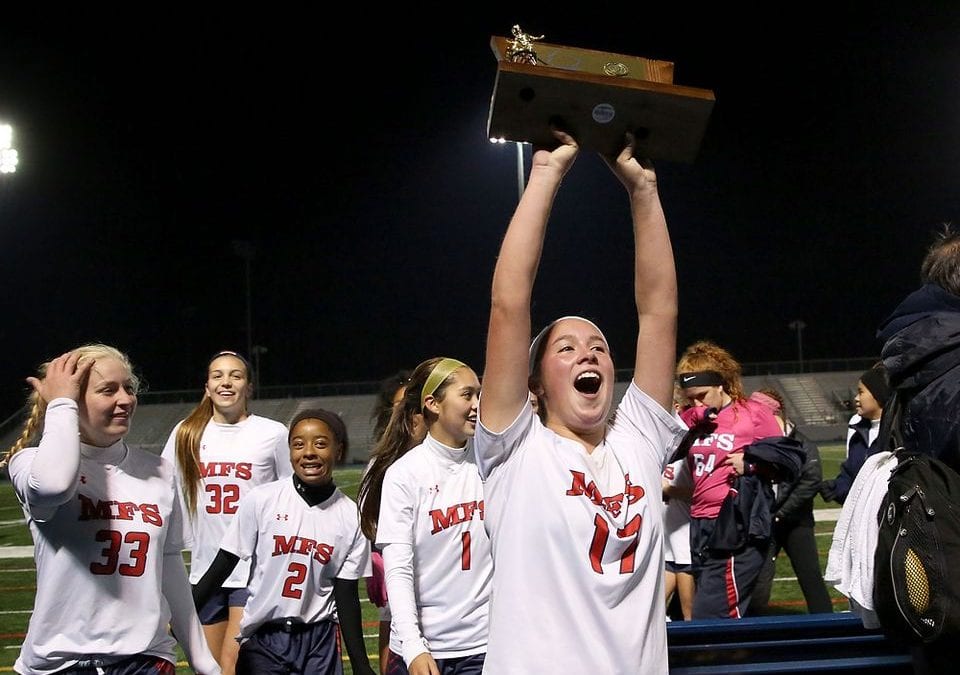 The Moorestown Friends School Girls’ Soccer team captured the school’s first-ever state title in the sport when their championship match with Montclair Kimberley Academy (MKA) ended in a 3-3 draw after two overtime periods. When state final matches end in a draw, co-champions are declared.

The championship was filled with end-to-end action with senior Kieran Lees the offensive standout for the Foxes. She scored three goals to raise her total to 21 on the season. However, MKA responded each time within minutes.

Anna Goula finished with 11 saves for the Foxes who conclude their historic season with a record of 13-6-2. The group of seniors accumulated a four-year record of 52-18-3 with three sectional titles and a state championship.

In the first game of the Non-Public B championship doubleheader, Morris Catholic jumped out to a quick 2-0 lead in the first 13 minutes and the Foxes Boys’ Soccer team could not muster the offense to get back in the game, falling to the Crusaders, 2-0. Teddy Kinzler was stellar in net for MFS with 6 saves. The Foxes conclude their season at 13-5-4 with the program’s second sectional title in three years.