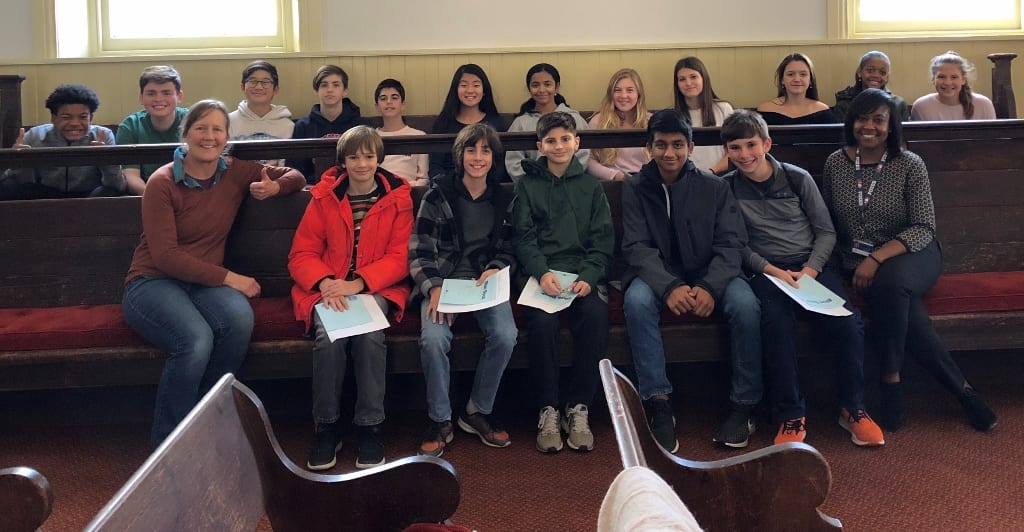 A group of 6th-8th grade students recently traveled to Greene Street Friends School in Philadelphia for an afternoon of observation and discussion. Several of the day’s conversations focused on student government in the context of Meeting for Worship for Business, the Friends manner of organizational decision-making.

“Since having a Meeting for Business is still relatively new in the Middle School*, we wanted [the students] to see one in action,” explains Tina Corsey, Grade 8 Science Teacher and Director of Middle School Student Life. “Learning how to clerk, learning how to handle a conflict or if there isn’t consensus — those are some of the things the kids have questions about. I think they learn best from actually seeing it and from talking to other kids.”

By observing the methods used by a fellow Quaker school, the students returned with new ideas about how to make decisions for the good of the entire Middle School.

“We’re helping students shift from decision making as Majority Rules to the idea that it’s something spirit-led,” says Melissa McCourt, the Chester Reagan Chair for Religious/Quaker Studies. “It’s about the wisdom of the group, and that we can benefit from hearing many different perspectives when we’re making decisions about and for the community.”

After returning from the trip, Student Government participants debriefed with Ms. Corsey and Ms. McCourt. They discussed several ideas and strategies they witnessed at Greene Street, including different hand signals during Meetings and new methods of receiving feedback about Middle School events.

“Even though Greene Street has had this program for a while, I think that they learned from our students too,” Ms. Corsey says. “It was a great collaboration. We’re hoping to be able to do it again.”