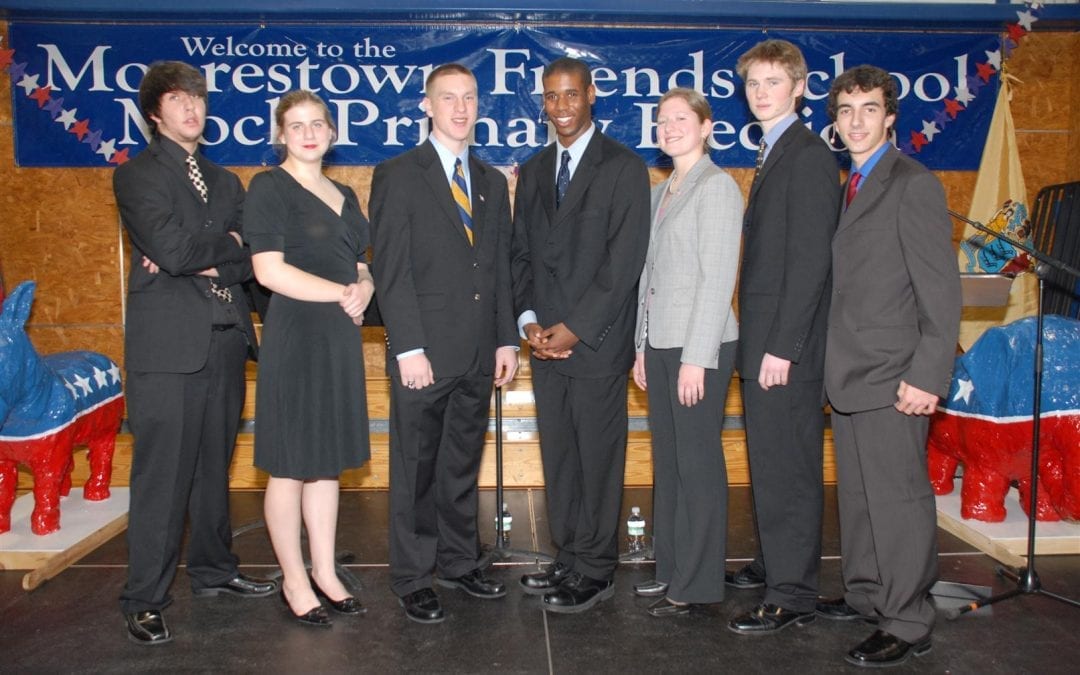 From 1960 to 1996, MFS held Mock Political Conventions which typically featured the party that was out of power at the time. Since 2000, MFS has held a Mock Primary Election. To mirror the real election, if an incumbent president is running, the school only holds a primary for the other party. Since that is not the case in 2016, and both primaries are wide open, the school is holding both Democratic and Republican primaries. MFS Upper School students portray the Democratic and Republican presidential candidates on the campaign trail, participating in debates, town hall meetings, and the Primary Election. Students representing the candidates have become well-versed on pressing issues in American politics, such as national security, gun control, immigration, LGBTQ rights, climate change, education, healthcare, and the federal budget. During the many MPE programs leading up to the Mock Primary Election, constituents have the opportunity to become informed voters and learn about candidates’ positions on these topics before they cast their vote for President of the United States. This tradition began in 1960 and provides students with experiential political, social, and historical lessons that extend far beyond any chapter in a textbook.

MFS mock voters have picked the actual nominee only three times: Michael Dukakis in 1988 and both Barack Obama and John McCain in 2008. Below is a list of MFS winners, and their real world counterparts, since 1960:

Enjoy some highlights from the Mock Primary Election archives!