Mia Zayas ’16 Awarded by the Princeton Prize in Race Relations 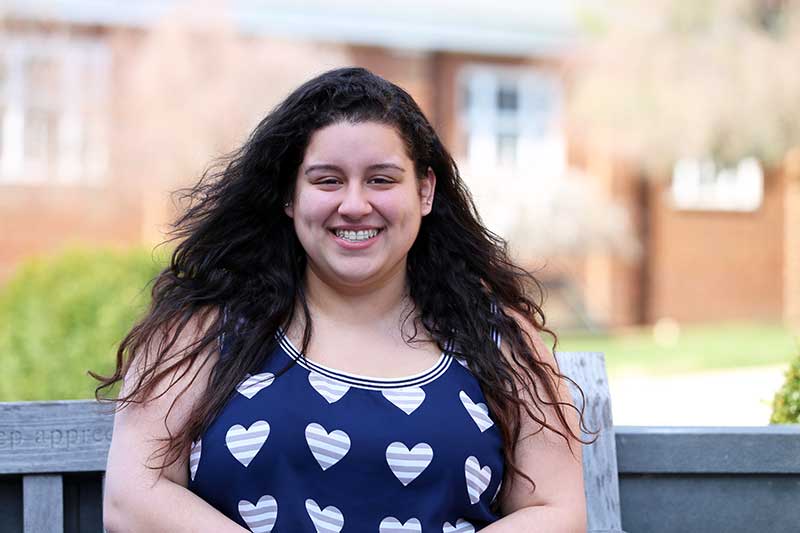 Senior Mia Zayas received a Certificate of Accomplishment from the Princeton University Princeton Prize in Race Relations for her capstone project on intersectionality – the interconnected social categories that individuals places themselves in within society – and her focus on race and sexual orientation. The university honors students whose efforts to promote harmony, respect, and understanding among people of different races have had a significant, positive effect on race relations in their schools or communities. World Languages Department Chair Josefine Paolello acted as Mia’s capstone advisor.

“As a Latina at MFS, I feel we have great conversations about race and sexual orientation, especially in Diversity Committee, MLK, Jr. Club, and PRIDE Club,” said Mia. “But I also live in Camden, which is largely Latino and African-American, where I noticed there are different conversations taking place. In the Hispanic community, there is a language barrier when discussing sexuality. With African-Americans, there isn’t a language barrier, but there is a coded language present, compared to white communities. So for my capstone, I wanted to talk to LGBTQ+ individuals in the African-American and Latino communities to have open conversations and answer questions like why black transgender women are the most marginalized members of the LGBTQ+ community.”

Mia’s year-long research study began in January of her junior year, and she experienced both challenging setbacks and wonderful rewards along the way.

During the summer months, Mia attended many PRIDE parades in different cities and gained many contacts, particularly with the Attic Youth Center in Philadelphia. With the Attic Youth Center as well as the MFS alumni network, Mia was able to secure hours of videotaped interviews with many LGBTQ+ individuals who identified as African-American or Latino. Unfortunately though, all of her video footage was lost when her computer malfunctioned.

“That part of my experience definitely taught me how to be resilient,” said Mia. “It was tough to lose all of my work and to have to start again, but I did it. I had to begin again with my notes, research, and written interviews to prepare my capstone again in two months.”

Despite the technical difficulty, Mia greatly valued the time she spent chatting with her interviewees and stated that developing those relationships was her greatest reward.

“The LGBTQ+ population in Camden is generally targeted and closeted,” said Mia. “For people to open up and trust me enough to share their experiences meant so much. Interviews would last anywhere between 25 minutes to four hours. Even after interviews, people would call me later and tell me they were thinking so much about the questions we were discussing and actually wanted to refine their answers. It was great to have so many people connecting to something so important.”

With her capstone project, Mia hopes to foster growth in building an open world with fewer barriers between people.

Next year as a freshman in college, Mia plans to study languages and minor in gender studies. At MFS, Mia is a Peer Leader and also holds many leadership positions, including Co-Clerk of Diversity Committee, President of MLK, Jr. Club, President of PRIDE Club, and Public Relations Officer for Glamour Gals

The Princeton Prize in Race Relations was established by Princeton University in 2003 to identify and commend high school students who are working to increase understanding and mutual respect among all races. The competition is managed by a national board consisting primarily of Princeton alumni, as well as university professors and undergraduate students.

Mia and her family were invited to a reception held in honor of the award winners on April 13 on Princeton’s campus. Mrs. Paolello also attended to support Mia.