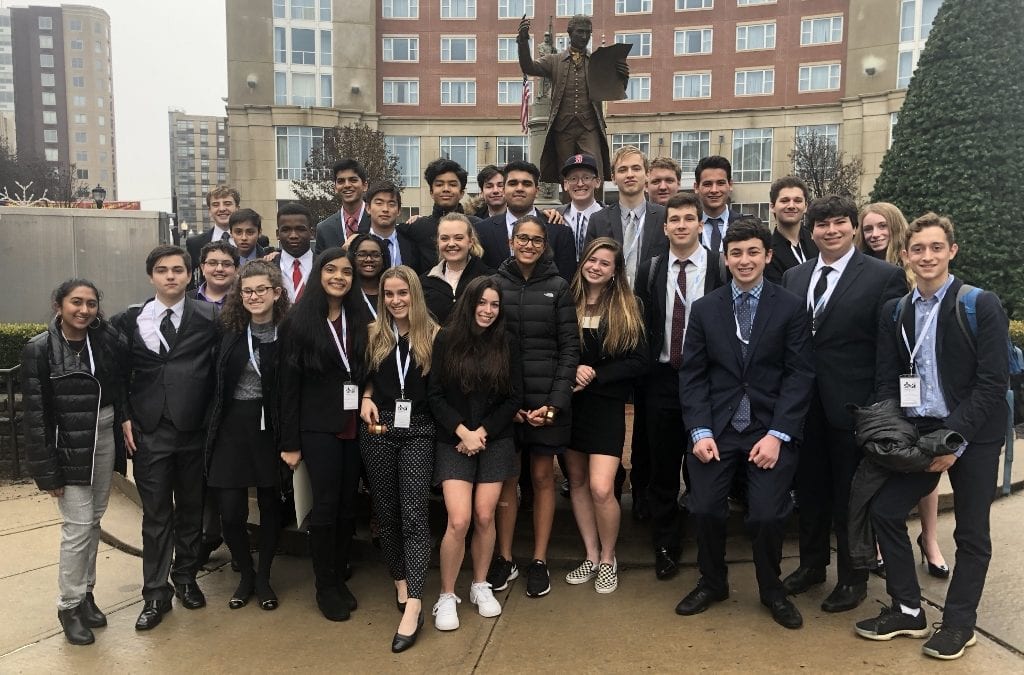 Commented advisor and History Department Chair Clark Thomson: “Smiles, laughter, research, discourse, collaboration, and consensus marked the four days at the conference.” According to Mr. Thomson, the MFS delegation dealt with topics that included the creation of the UN in 1945, NATO’s annual summit, ideological conflicts in India, transnational bribery, human trafficking in Russia, the North American opioid crisis, the 1960 Congo crisis, the Rohingya crisis in Myanmar, and others.

“I saw our students poised before committees of 70 to 100 students presenting and responding to questions,” said Mr. Thomson. “I watched unmoderated caucuses during which they collaborated with delegates representing countless countries from schools far and wide. Every one of our delegates had a unique and enriching experience from our many novices right up to our Secretaries-General Mariana Goldlust ’19 and Jordan Brunner ’19.”

Josh Strauss ’20 and Kian Canelas ’21 (novice) earned Most Improved in the African Union addressing the issue of attracting foreign investment in Africa.