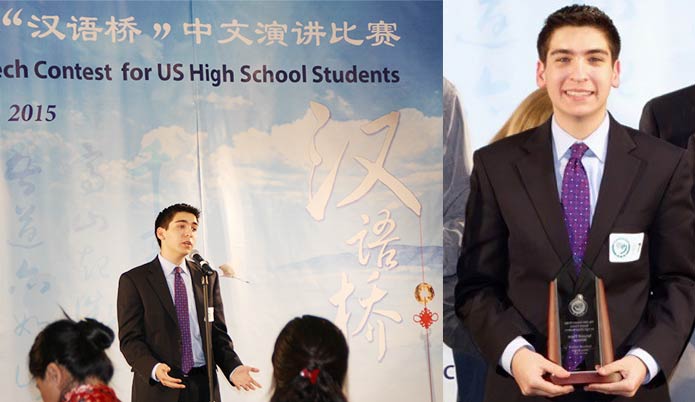 In order to participate in the competition, Nick recorded a 3-minute speech in Chinese; submitted an official application in both English and Chinese; and was required to present his speech in front of an audience of approximately 200 people and nine judges. After presenting, the judges posed questions in Chinese based on the content of his speech. He also participated in a Cultural Talent Show, in which he presented a Chinese tongue twister.

He was one of 24 student finalists chosen to compete in Boston on a national level, and he competed against a group of high school students grades 9-12.

“Chinese Bridge” is an international Chinese proficiency competition hosted by the Hanban/Confucius Institute.