Chinese Language Students Participate in a Virtual Visit to Xi’an 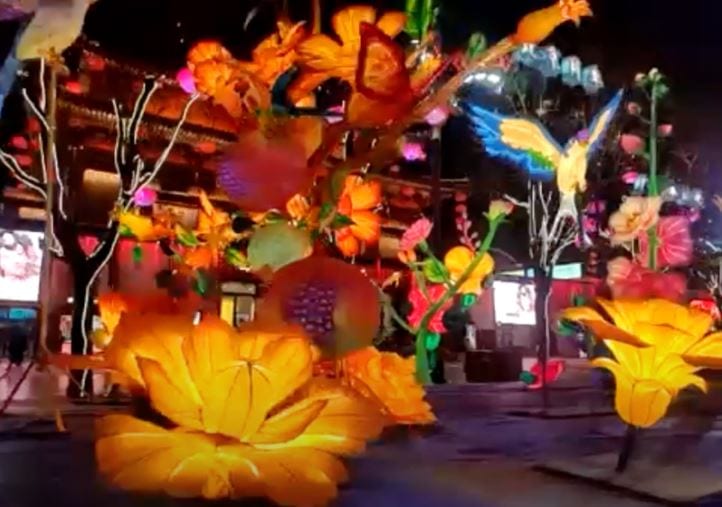 The tour began at the bronze statue of Master Tang Xuanzang, who traveled to India and back to study the differences between Chinese and Indian Buddhism. In the background, students could see the “Giant Wild Goose” Pagoda, which held the Buddhist artifacts that Xuanzang collected from his travels. Then, students saw light displays of the Chang’an flower, the official city flower of Xi’an, which is said to bring health and good fortune. They also saw children dancing and playing on the large light piano (“Gāngqín”).

The rest of the tour included other statues of famous figures from the Tang Dynasty, interactive exhibits, the Xi’an Art Museum, glowing lantern displays, memorials, street performances, musical water fountains, and more. Yingjie (Cathy) Liu, who was leading the tour, provided several facts about Xi’an’s history and culture. She mentioned that the name Xi’an means “Western Peace,” that 2021 is the Year of the Ox, and that there has only been one female empress, named Wu Zetian, throughout China’s history.

Xi’an is undoubtedly an ever-bright city, alive with a mixture of ancient history and modern culture. Yingjie encouraged students to visit Xi’an, if and when possible, to get truly immersed in the Tang Dynasty.