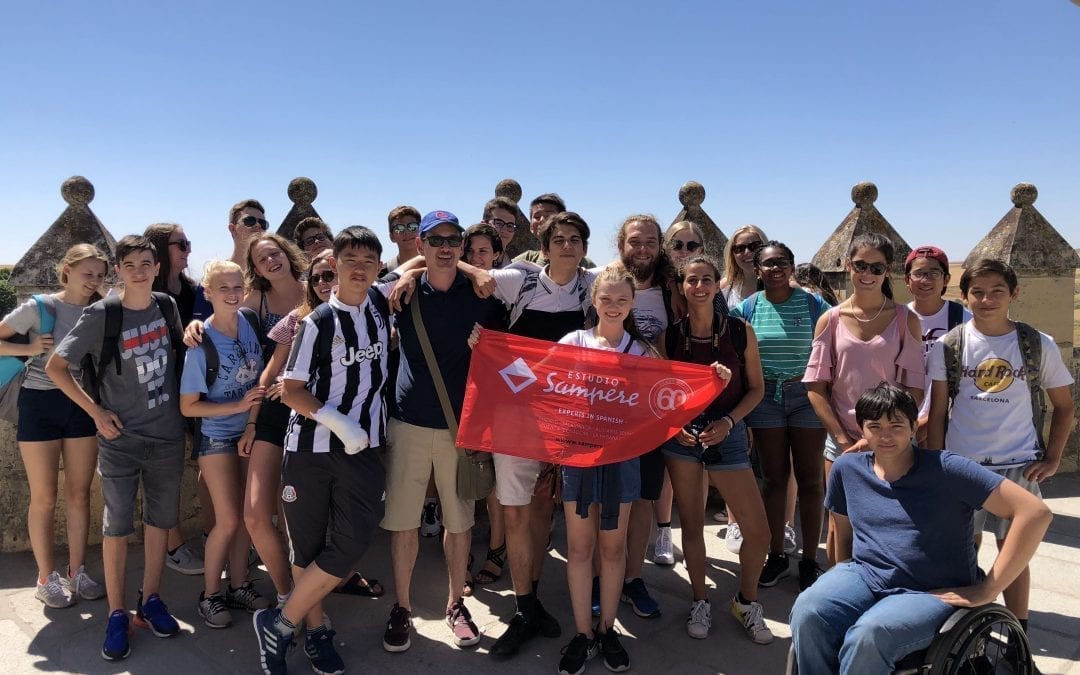 On July 15, a group of students landed in Salamanca, Spain for a two-week immersion into Spanish culture as part of the inaugural MFS International Summer Scholars program.

When asked to describe the trip overall, Rob Nasatir, MFS World Languages Department Chair and Spanish Teacher, said “I’ve been taking students to Salamanca, Spain, for 15 years, and every group is different. This year’s inaugural MFS International Summer Scholars Program may have been the best yet. While the two-week program is academic—students take Spanish language and culture classes—the real magic is what happens as our students bond with students from around the world and immerse themselves in the city: the people, the landmarks, the cafés, the food. One of my favorite activities is a scavenger hunt where teams of students ask locals questions about Salamanca and Spain. It’s a wonderful icebreaker, a little awkward and funny, and a perfect example of the kinds of interactions that soon become second nature for the students. Our MFS International Scholars approached everything with an open mind and a sense of humor, taking full advantage of every opportunity, and by the end of our two weeks, they didn’t want to leave!”

Since their return, students have cited many of their favorite trips and activities, which included visiting the Plaza Mayor; taking a salsa dancing class; visiting the city of Zamora; taking a cooking class (where students learned to prepare chocolate and biscotti); and finally, visiting the city of Segovia. However, the biggest highlight for many was bonding with classmates they may not have known if not for the trip to Spain. Francesca Mazzotta ’21 said, “On our final night, we sat on the steps of the University to listen to a man playing his guitar. His closing song was ‘Here Comes the Sun’ by the Beatles. It brought tears to our eyes; we were already missing the second home that we had created in Salamanca. I am so thankful I could go with MFS to Spain. When our two weeks had ended, I wasn’t ready to leave; I had made great friends and lasting memories that will stay with me forever.”