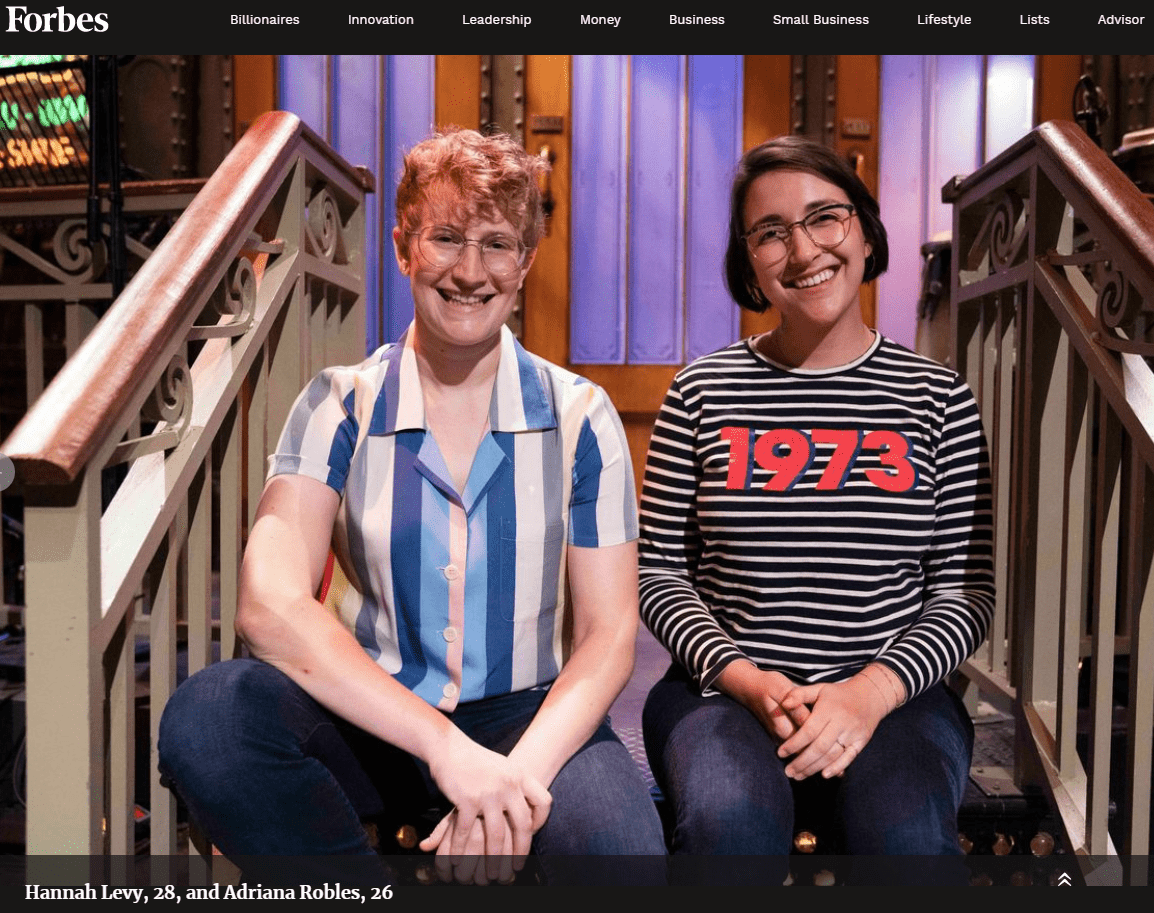 Writer/Director Hannah Levy ’09 and directing partner Adriana Robles have been selected to the Forbes “30 Under 30” Hollywood-Entertainment List: “Levy and Robles, who direct Saturday Night Live’s digital shorts, are the sketch series’ first female directing team. The pair met at The Onion and started collaborating as editors at Funny or Die. They recently collaborated on Comedy Central’s sketch series Alternatino, and wrote and directed short film Frances 2.0 as part of Paul Feig’s Powderkeg Fuse program for emerging female directors.”

You can read much more about Hannah and her directing debut on Saturday Night Live in this article from the Spring 2019 issue of Among Friends magazine.