Tim Stoeckle ’10: Taking Phillies Fans Out To The Ballgame…on Twitter 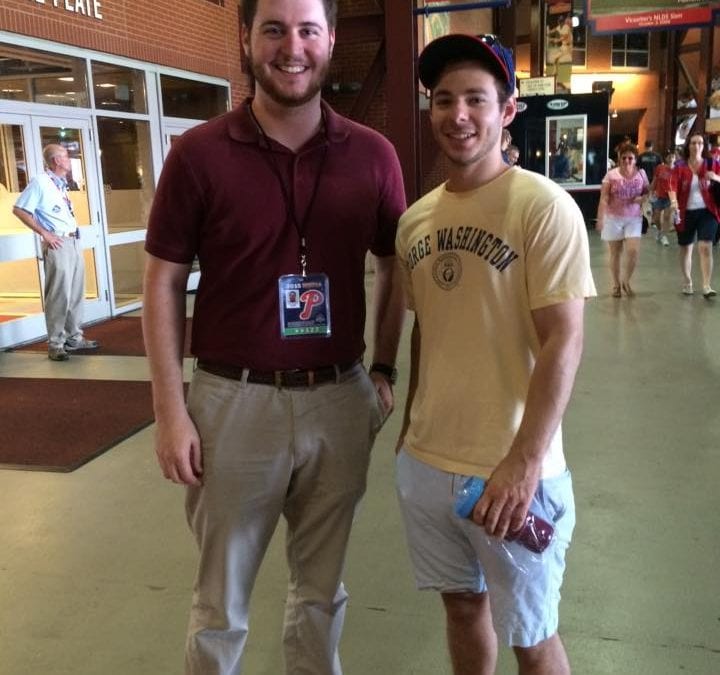 Tim Stoeckle ’10 is the new In-Game Social Media Coordinator for the Philadelphia Phillies baseball team. You can find him at home games in the press box at Citizens Bank Park. His main responsibility is to post timely updates, graphics, and video to the team’s Twitter account during games. He also creates and posts game recap graphics for Twitter, Facebook, and Instagram. He reports to both Major League Baseball (MLB) and the Phillies.

“I wanted to find a job in baseball media and I didn’t even know a position like this existed,” said Tim, who was tipped off about the position by a cousin who works for MLB. After enduring a long and competitive interview process, he was hired just before the All-Star Break. He then trained at the MLB offices in New York in early July before starting with the Phillies in mid-July.

Tim graduated from St. Joseph’s University in 2014. On Hawk Hill, he wrote for the student newspaper and hosted a sports talk program on Radio 1851. He also wrote for the popular nationwide site The Bleacher Report.