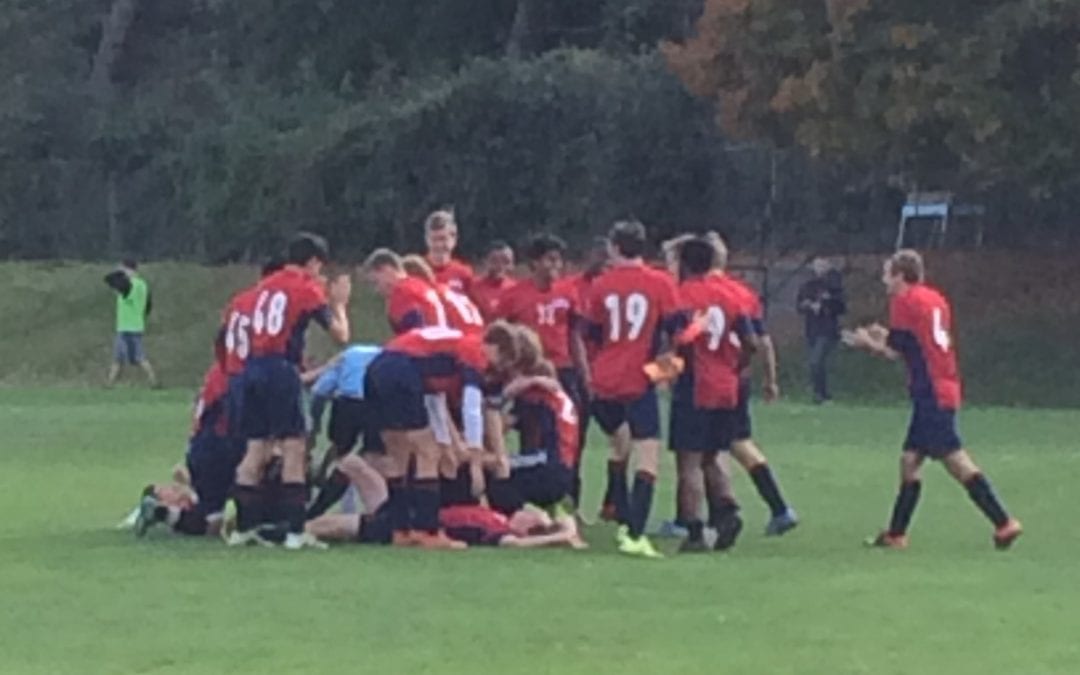 Four teams in all were in action in league semifinal action today. Girls’ Soccer fell at home to Westtown, 2-0, and Girls’ Tennis lost to Friends’ Central, 4-1.

At MFS, the Field Hockey team came out on fire and never let up, downing Shipley, 4-0. The Foxes avenged a 2-1 OT loss to the Gators in the regular season. Leading the way was Katy Repholz who notched a hat trick. Amanda Cooper tallied a goal and an assist. Isabella Pillows made two saves to earn the shutout.

The Foxes travel to Academy of the New Church Tuesday to contest the Friends School League championship at a time to be determined. It is the Foxes fifth appearance in the FSL Field Hockey championship game. They won the crown in 2007 and made the final in 1987, 2010, and 2011.

The drama of the day unfolded at Germantown Friends, where the top-seeded Tigers and fifth-seeded Foxes put on a show for the ages, with the visitors earning a berth in the FSL championship match for the first time in program history.

For 100 minutes, including two overtime periods, the teams battled to a scoreless stalemate to send the game to penalty kicks. MFS goalkeeper Teddy Kinzler notched 7 saves for the shutout.

This wasn’t the Foxes first rodeo with PKs…On Thursday, they had also played 100 minutes (ending tied 1-1 after OT) and won on PKs, 4-2, at fourth-seeded Westtown.

A soccer shootout is typically a best-of-five shootout. After missing their first two kicks, the visitors climbed back to knot the score at three to send the match to sudden-death penalties. In the ninth round, junior Jack Burrows converted. When the GFS kicker missed wide right, bedlam ensued as players piled on Kinzler and the Foxes were through to the final. See NJ.com box score.

It is the first appearance in an FSL Boys’ Soccer championship game for Moorestown Friends. The Foxes also travel to ANC Tuesday to play for the FSL championship at a time to be determined.