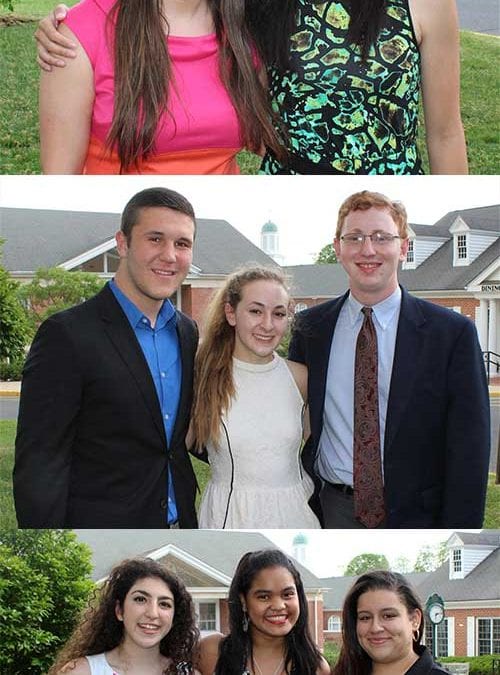 Eight students were inducted into world language honor societies at a dinner and ceremony on May 11.