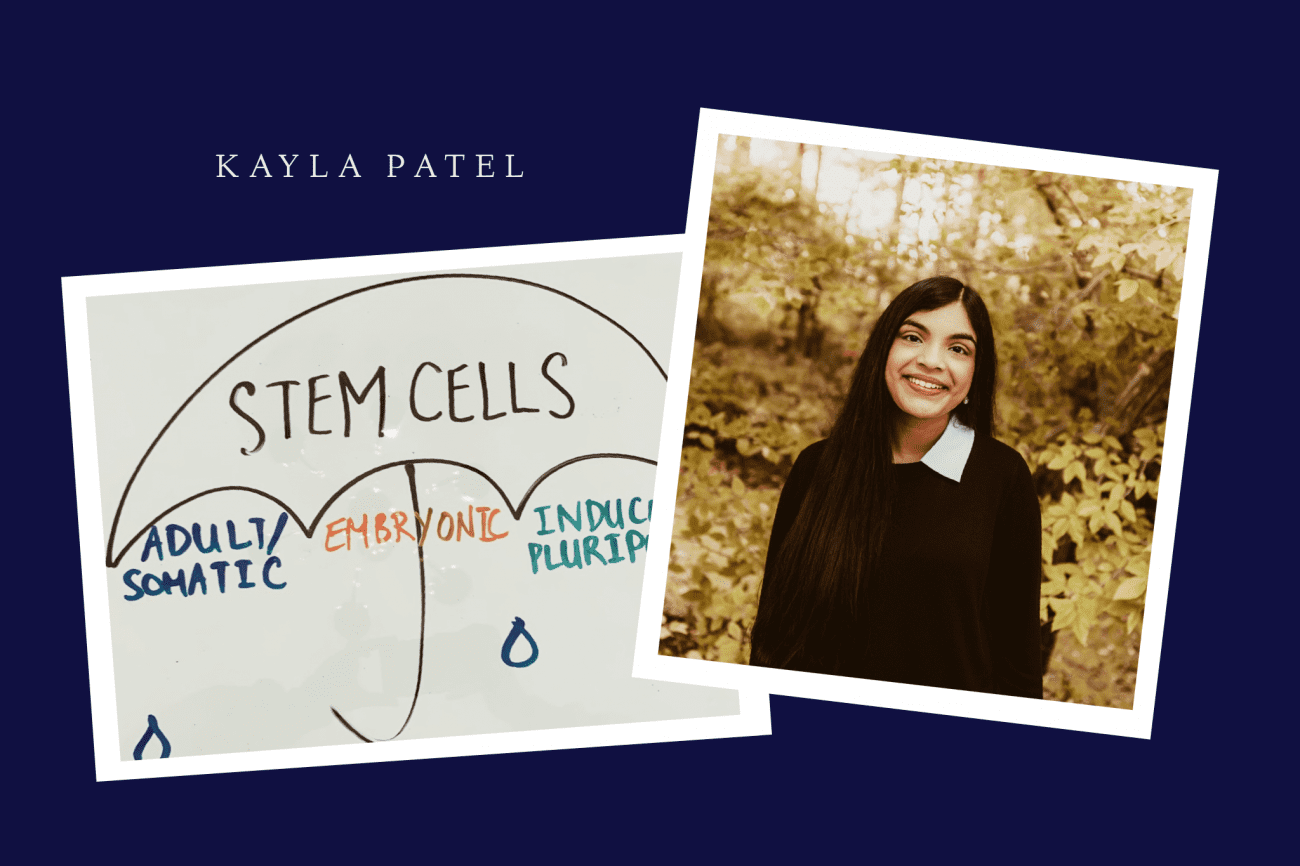 As an avid science student Kayla Patel ’21 was interested in answering the question “how can science be used to do more for the human race?” Too broad to conquer in just one project, she narrowed her focus for her capstone to stem cells. Following a summer program on regenerative medicine, Kayla realized that the broader population may not grasp the potential uses of stem cells or even fully understand what stem cells are. From this, she decided that her best course of action was to help inform people about stem cells in a Stem Cell 101 video module.

While stem cells are complicated, the most difficult part of the project for Kayla was figuring out how to create an engaging and entertaining video on the topic. Her video, the first of a potential series on stem cells, explained what a stem cell is, cell types, and more. After realizing that keeping the attention span of her audience could be challenging, she decided to produce a crash-course-style video using iMovie and a number of colorful, stop motion whiteboard drawings. These drawings became a major portion of the video because they offered Kayla the opportunity to create visuals for items that might be difficult to remember. As an example, she created the “stem cell umbrella” which covers the three types of cells – somatic (adult) stem cells, embryonic stem cells, and induced pluripotent stem cells.

After the creation of a successful and descriptive seven-minute video, Kayla noted that “this project is just the beginning. Now that I’ve come up with a way to explain what stem cells are, I can create similar videos to explain other concepts that I researched, like bioethics, science-based public policy, the intersections between science and social justice, and family planning using stem cells. Science is often seen as difficult or hard to understand, and I want to change that mindset through educational tools.” She hopes to move forward with a series for science students of all ages, possibly even at the university level. Watch Kayla’s first video here and read more about her capstone project on her project page.