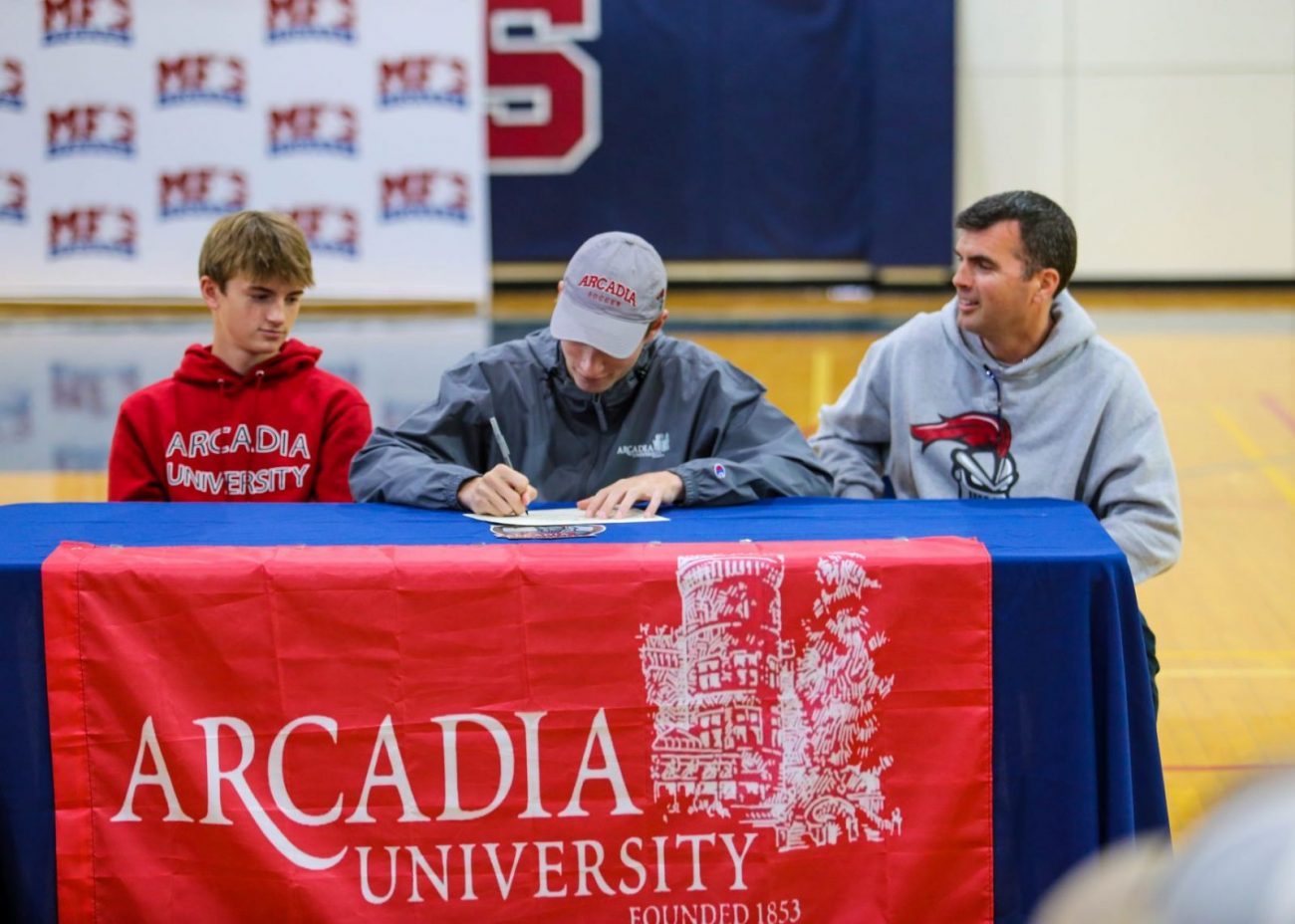 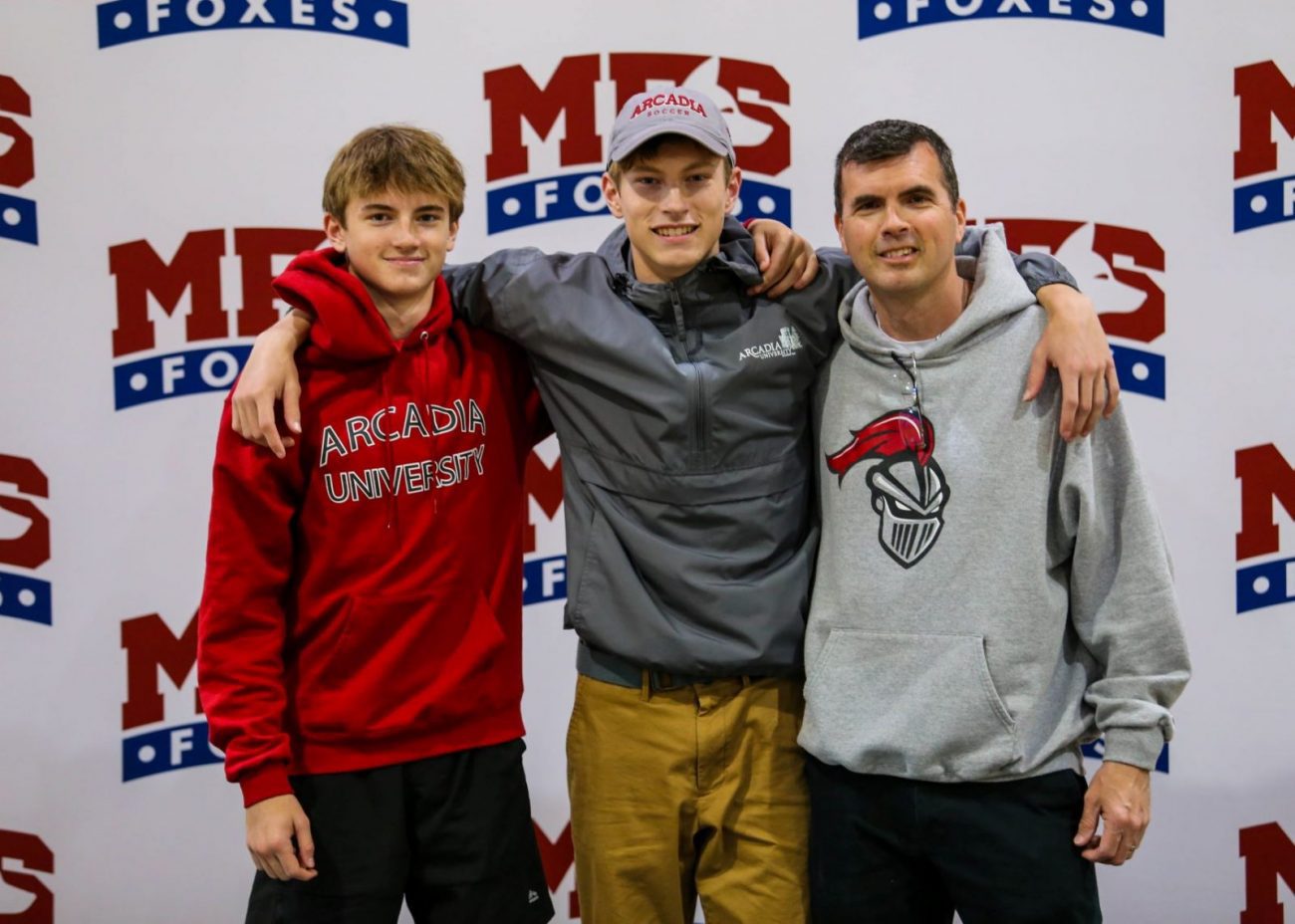 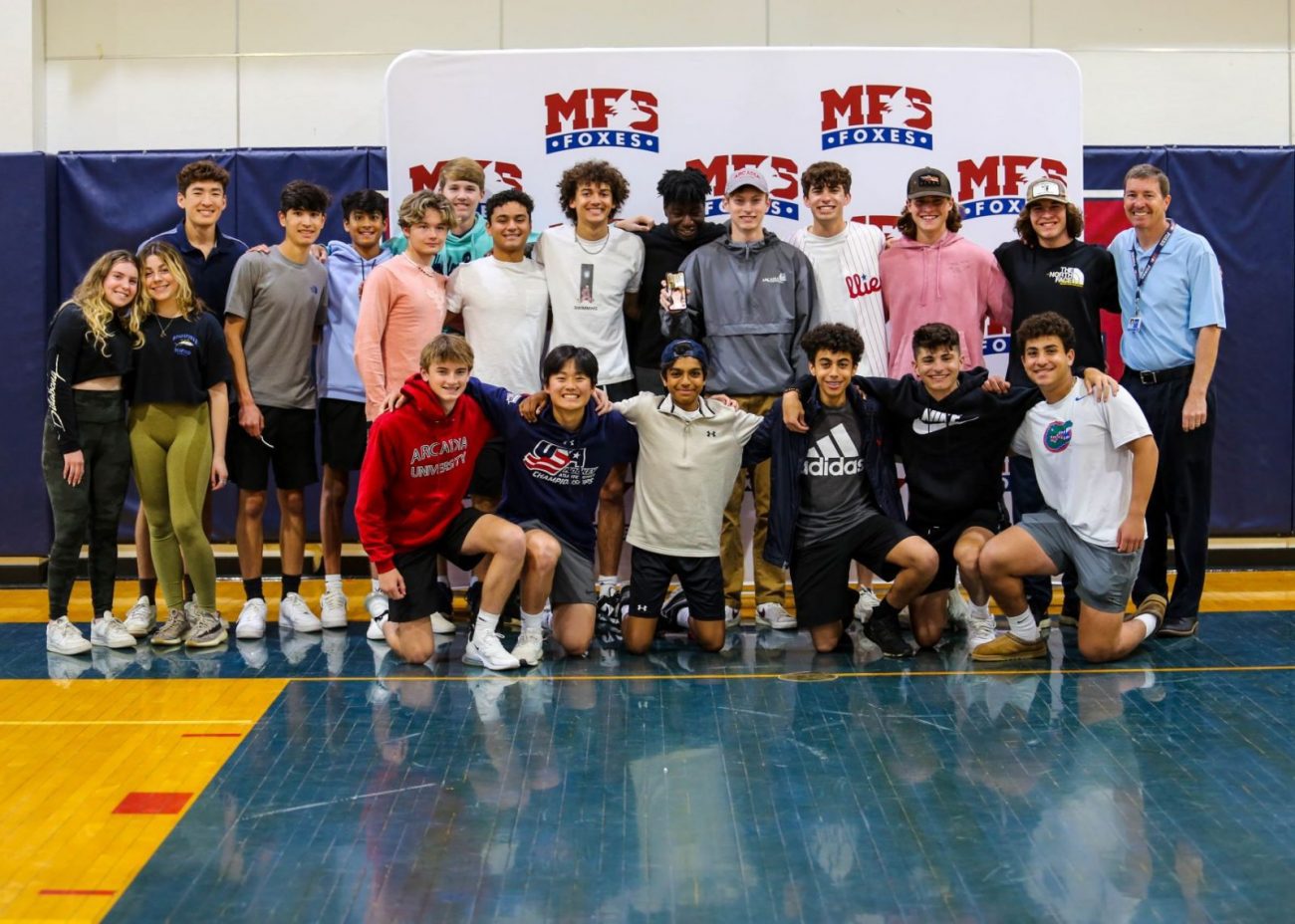 The Athletics Department hosted their final signing ceremony of the school year on Tuesday, May 3, to celebrate Evan Kolaris and his commitment to play soccer at Arcadia University.

Evan is a three-year varsity player who scored 16 goals in his career, including 10 this season, second-highest on the team. The Foxes finished 10-7 this year and qualified for the Friends Schools League playoffs. Evan was also named an Honorable Mention Friends Schools League All-Star and was selected to play in the Southeastern Pennsylvania Soccer Coaches Association All-Star Festival. Evan was a member of the 2019 NJSIAA Non-Public B South championship team, which finished with a school-record 17 victories.

Evan is the second Boys’ Soccer player in two years to continue his career with the Knights, following goalie Mikey Paznokas ’21.

In addition to Evan, six other student-athletes from the Class of 2022 have formalized plans to continue their athletic careers in college: