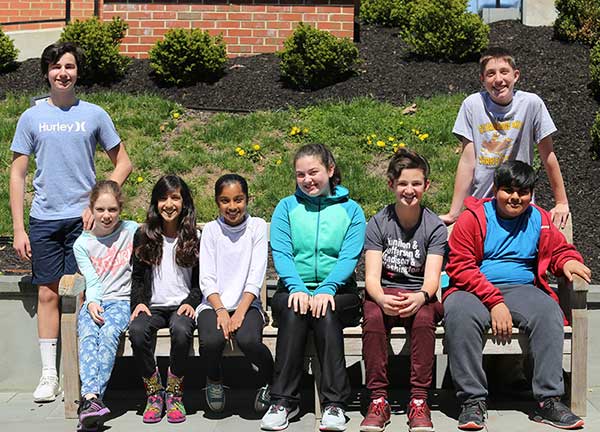 On April 20, Moorestown Friends hosted the Philadelphia (South) Regional Final of the National History Bee. It was one of 40 Regional Finals events nationwide that featured the region’s top students in Grade 8 and under competing for the opportunity to advance to the National History Bee Finals. Regional finals are set up as a buzzer-based competition (think Jeopardy!) that is both fun and academically rigorous. Question content is split evenly between United States and non-United States history and is generally relevant to 5th through 8th grade social studies curricula.

For the first time in recent memory, MFS had middle school representatives compete at the History Bee, and all nine students in Grades 6-8 who sat for the initial online exam qualified for the Regional Finals. Eight of those students chose to participate in the Regional Finals and all qualified for the National History Bee Finals in Atlanta, GA. Only the top 25% at each competition level (6th Grade and under in the Elementary Division, Seventh Grade Division, and Eighth Grade Division) qualify. The MFS middle school students competed with approximately 240 other area middle schoolers at the regional competition.