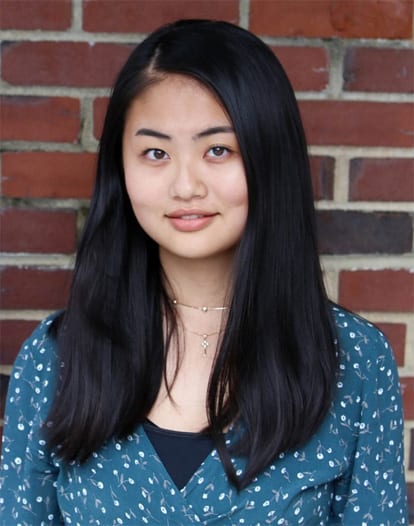 Serena Lin ’19 has been named a 2019 YoungArts winner by the National YoungArts Foundation. She is one of just 23 U.S. Finalists in the Writing category and one of just 163 finalists in total among 710 winners honored by the foundation.

Selected through a blind adjudication process conducted by an independent panel of highly accomplished artists, the 2019 winners represent the top 10 percent of applications. Of this year’s 710 winners, some have been awarded for excellence in multiple disciplines at various levels. Altogether, 725 awards have been attributed: 163 have been named Finalists, the organization’s highest honor; 268 are Honorable Mentions and 294 are Merit winners.

As a Finalist Serena will participate in the 38th annual National YoungArts Week in Miami January 6–13, 2019, and will join a professional network of distinguished artists.

Finalists are also eligible for nomination to the White House-appointed Commission on Presidential Scholars. As the sole nominating agency, YoungArts selects 60 Finalists each year, 20 of whom are invited to become U.S. Presidential Scholars in the Arts, one of the highest honors for graduating high school seniors.